For the second year in a row, Kelly Olynyk will represent the Boston Celtics on All-Star weekend.

The second-year center was a repeat selection for the Rising Stars Challenge, the rosters for which were announced Wednesday.

Olynyk, a native of Canada, will be a part of Team World under the new structure of the annual rookie-sophomore game. Among the internationals joining him Feb. 13 will be Minnesota’s Andrew Wiggins (Canada), Milwaukee’s Giannis Antetokounmpo (Greece), Chicago’s Nikola Mirotic (Serbia) and Atlanta’s Dennis Schroder (Germany).

Celtics rookie guard Marcus Smart will not join Olynyk in New York, however, as he was controversially left off the squad representing the United States. The game’s new format likely had something to do with Smart’s exclusion, as just four 2014 draft picks were selected (Wiggins, Elfrid Payton, Zach LaVine and Dante Exum).

The choice likely came to Smart or Payton, a fellow rookie point guard who has played in all 48 of the Orlando Magic’s games this season. Smart, conversely, has missed 14 of Boston’s 43 contests. The Celtics rookie will, however, receive “strong consideration” as a potential injury replacement, a league source told CSNNE.com on Wednesday.

There’s a chance Olynyk might not actually play in the game, either. He’s currently sidelined with a severe ankle sprain that, according to head coach Brad Stevens, likely will keep him out until at least the All-Star break.

If Olynyk cannot go, this likely would be the first time since 2001 that the Celtics do not have a single All-Star weekend participant. 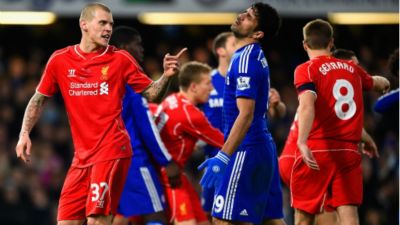