L.A. Kings Poised For Another Strong Second Half Of NHL Regular Season - NESN.com Skip to content

BOSTON — It’s sometimes said that NHL teams are better than their record indicates, and the 2014-15 Los Angeles Kings are a great example of that.

The defending Stanley Cup champions are 21-15-12 and sit in fifth place in the Pacific Division. They are one point behind the Calgary Flames and five behind the Winnipeg Jets for the two wild-card playoff spots in the Western Conference. But if there’s one team capable of mounting a second-half surge up the standings, it’s Los Angeles.

The Kings are off to a good start with a 4-3 comeback win over the Chicago Blackhawks in their first game after All-Star Break on Wednesday. Their next challenge is Saturday night in Boston, where they’ll take on a Bruins team that plays a similar style.

“I don?t care where they are in the standings, they?re still Stanley Cup champions,” Bruins head coach Claude Julien said. “They still have a lot of the same team. It?s just a matter of time for them to turn that around as well. We expect a big, heavy game tonight, as we always do against them. Not dirty but heavy. It?s going to be a battle of will and strength and determination.

The Kings have struggled at times in the regular season for the last few years, and they barely made the postseason as the eighth seed in 2011-12. After an upset of the Presidents Trophy-winning Vancouver Canucks in Round 1, L.A. won 12 of its next 15 games to claim the franchise’s first Stanley Cup title. The Kings finished third in the Pacific last season en route to another Cup championship.

Just like the Bruins, the Kings realize that the regular season is a marathon and not a sprint. The goal is just to get into the playoffs because as has been proven several times over the last few postseasons, a top seed doesn’t guarantee you’ll be playing in late May or early June. Boston wasn’t a No. 1 or No. 2 seed when it made Stanley Cup Final appearances in 2011 and 2013.

Despite its struggles over the last few months, L.A. has a roster with the required skill and experience not only to advance to the playoffs but also make a deep run.

The Kings are the fourth-best puck possession team in the NHL and control 53.76 percent of even-strength shot attempts. Most of the teams inside the top 10 in puck possession (based on Corsi-for percentage) also rank in the top 10 in goals scored per game, but L.A. is 15th in goals/game because of a mediocre 7.79 shooting percentage (23rd in the league). As long as the Kings maintain their puck possession success, the goals should start coming with more regularity as the bounces and luck shift their way. Bad luck often is a poor excuse, but with the Kings’ 6-6-12 record in one-goal games, it’s a fair one for L.A.

From a defensive standpoint, the Kings remain a top-tier team. They give up 27.5 shots per game, the fifth-fewest in the league. The Kings still are a good 5-on-5 team, but the penalty kill has been a real weakness. It ranks 25th and has gone 20 for 31 in January.

The Kings went 17-6-2 in their final 25 games of the 2013-14 regular season, including two win streaks of six or more games. With most of the same roster as last season, the Kings should expect a similar run this year.

“It’s been a grind,” Kings defenseman Drew Doughty said after Saturday’s morning skate. “We work all summer to build muscle and build endurance and be ready for this kind of situation. We want to go as deep as we possibly can this year, and we’re prepared to do that.” 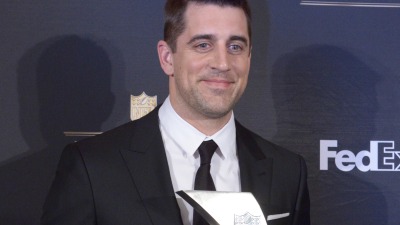