Some scoffed when Brendan Rodgers announced Saturday that Liverpool had regained its identity. The Liverpool manager earned the right to laugh both loudest and last after his team delivered its best performance of the season on Tuesday.

Liverpool and Chelsea played to a 1-1 draw at Anfield in the first leg of the Capital One Cup semifinal. While the result leaves the two-game series’ outcome in the balance at the halfway point, Liverpool’s performance should turbo-boost its renewed sense of confidence ahead of next Tuesday’s second leg at Stamford Bridge.

Liverpool out-played and out-fought Chelsea from start to finish, dominating possession and territory against a team that widely is considered the strongest in English soccer. Liverpool created far more scoring chances than Chelsea. Raheem Sterling spectacularly converted one of them into a goal. Eden Hazard scored on Chelsea’s only shot on goal in the game.

The fact that Liverpool ultimately failed to beat Chelsea for the first time during Rodgers’ managerial tenure is somewhat disappointing. Next week’s return leg now adds further historical significance to its present-day importance.

However, the encouragement Liverpool’s performance against Chelsea generates should outweigh any bitter feelings about the result. The Reds’ passing tempo perhaps was higher than it was in any of this season’s previous games. Their pressure stopped Chelsea from playing with any rhythm and limited the visitors’ attacking threats to rare counter-attacks.

Hazard earned a penalty kick after Emre Can fouled him in an effort to atone for a defensive mistake. Hazard expertly beat Liverpool goalkeeper Simon Mignolet from the penalty spot in the 18th minute.

Chelsea effectively defended the Reds’ passing and dynamic movement in the first half. The Reds then raised their game in the second half and nearly pulled Chelsea apart.

Liverpool’s peak began in the 59th minute when Sterling scored a sensational solo goal. The 20-year-old forward received a pass in the midfield, turned and burst forward toward Chelsea’s goal — all in one motion and as fast as a speeding bullet. Nemanja Matic and Gary Cahill, two of Chelsea’s hulking stoppers, only could chase in vain then watch as Sterling beat Thibaut Courtois with a fine finish.

The goal was one of Sterling’s best and should make Liverpool fans dream of what is to come from a player who recently was voted European soccer’s top young talent. Sterling brushed off recent criticism of his finishing and Jamiacan vacation by delivering in a big game against a strong opponent. Sterling inspired his teammates in the process.

Bad luck and the outstanding Courtois prevented the Reds from scoring the go-ahead goal during the final 30 minutes in which they simply were awesome. Steven Gerrard, who returned from a hamstring injury, hit the post in the 67th minute. Courtois then denied promising efforts from Philippe Coutinho, Jordan Henderson, Sterling and Adam Lallana with a string of highlight-reel saves in the ensuing 15 minutes.

Lucas Leiva also deserves praise for his understated, yet influential performance against Chelsea. The Brazilian midfielder was instrumental in stifling Chelsea’s attack. He shielded the defense, plugged gaps, blocked and tackled, making the center channel a place where Chelsea’s attacks went to die.

Liverpool can celebrate this moral victory, despite failing to win the game. The first leg was unlikely to determine whether Liverpool or Chelsea advances to the final at Wembley Stadium anyway. However, Rodgers, Sterling and the Reds plotted their course, much to the delight of the home fans at Anfield.

Review our live blog of Liverpool-Chelsea >>

Rodgers: Liverpool has regained its identity >> 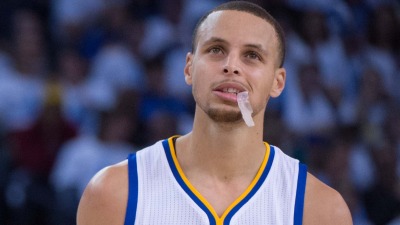 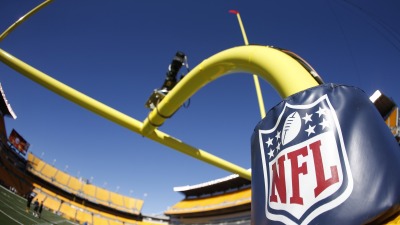