For Liverpool FC, revenge rarely has tasted this good.

Liverpool beat West Ham United 2-0 in a Premier League game Saturday at Anfield. Raheem Sterling and Daniel Sturridge scored second-half goals, which gave the Reds a comfortable, comprehensive and utterly deserved win that propelled them over the Hammers into seventh place in the Premier League standings.

If Liverpool’s win and performance didn’t satisfy the most demanding of fans, the symbolism and symmetry of how it unfolded surely won them over. After all, West Ham’s 3-1 win over Liverpool on Sept. 20 marked the beginning of Liverpool’s descent and West Ham’s ascent in 2014-15. Both trends slowed over the last two months. Saturday’s game represented a return to the natural order, as far as the two teams are concerned.

Liverpool’s collective and individual superiority over West Ham was the primary reason the game unfolded as it did. The teams started on even terms, but Liverpool seized control and asserted its dominance within six minutes. Whenever West Ham dared push forward into Liverpool’s half, the Reds countered with speed and intent — primarily through the attacking trident of Sterling, Adam Lallana and Philippe Coutinho.

Sterling’s all-action attacking display was the latest in a string of impressive performances from the 20-year-old. He stretched West Ham’s defense with his speed, forced the Hammers’ back line to collapse on him or pulled them into wide areas — depending on the situation at hand. Sterling’s ability to read and react to the movements of his teammates and opponents highlights his maturation and adaptation to the center forward position, which began in late October and seemingly finished Saturday.

Sterling’s 51st-minute goal served as a just reward for Liverpool’s sustained period of dominance. It also set the stage for the introduction of Daniel Sturridge, whose return from a five-month injury absence was one of the most emotional moments of the current campaign.

Liverpool fans and neutrals who cheered when Sturridge stepped onto the field in the 68th minute barely could contain themselves when he scored just 12 minutes into his comeback. Sturridge’s strike showed what Liverpool was missing and can expect now that it has a genuine cutting edge in the final third.

What a difference four or five months makes in this sport. Liverpool lacked direction and identity in the September loss to West Ham. The attacking fluency and defensive intensity with which the Reds played Saturday allowed them to overpower West Ham, leaving no mistake about which team should have higher aspirations for the closing months of the season.

Liverpool controlled play but failed to break the deadlock in the first half. Missed scoring chances and nervous moments at the back represented what Liverpool was and is in 2014-15. The second half, particularly after Sturridge entered, epitomized what this revived Liverpool team currently is and what it will be in the not-too-distant future. 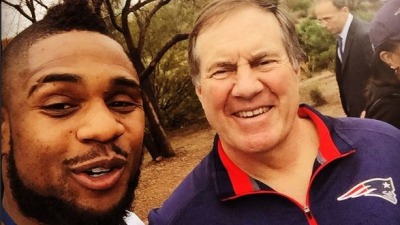