The New England Patriots have high hopes in the AFC playoffs, and Matt Damon is confident in his team.

TMZ tracked down the Cambridge, Mass.,-born actor at an airport, where he was asked for his playoff predictions. While admitting he was a little “nervous,” Damon predicted a Super Bowl XLIX victory.

“Oh, come on, Patriots are going all the way,” Damon said. “I mean, there are a lot of good teams out there.”

Kudos to the guy who shouts, “You don’t think the Steelers will give you guys some competition?” Going into the weekend, Pittsburgh was the one team the Patriots couldn’t play in the divisional round, since the third-seeded Steelers would have automatically traveled to play the Denver Broncos had they beaten the Baltimore Ravens.

Way to not do your homework, bro. 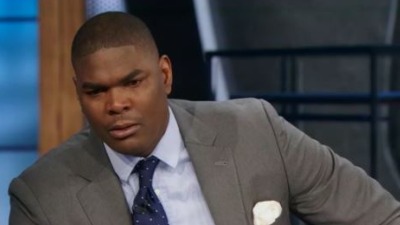