The New England Patriots have spoken, but the jury still is out on DeflateGate.

Both head coach Bill Belichick and quarterback Tom Brady held press conferences Thursday to address the NFL’s findings that 11 of the 12 footballs they used in the AFC Championship Game were under-inflated.

Belichick kicked things off in the morning, claiming he had “no knowledge” of the Patriots deflating footballs and that the air pressure of footballs wasn’t even an issue he’s thought about during a game.

Brady finished off the press conference doubleheader in the afternoon and denied any wrongdoing in the matter, insisting that he didn’t notice any difference in the football’s air pressure between the first and second half.

DeflateGate is a crazy story with a lot of moving parts, and there still could be plenty more information yet to come. For now, though, who do you believe? Do you take Belichick and Brady for their word that they had no involvement in the matter, or do you think there’s more to the story they’re not telling us?

Cast your vote in the poll below. 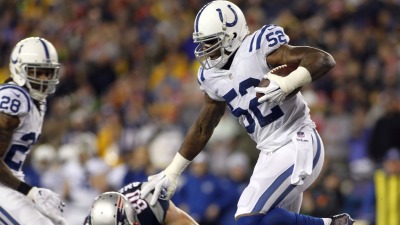 Colts’ D’Qwell Jackson: I Noticed Nothing Wrong With Patriots’ Football