Don’t put too much stock in the NFC Championship Game while sizing up the Seattle Seahawks against the New England Patriots.

No offense to the Green Bay Packers, but the only reason why they were even able to give away that game was because of the horrible start by Seahawks quarterback Russell Wilson. Wilson threw three interceptions in the first half and added another late in the fourth quarter for good measure.

There a better chance that the Seahawks elect to start third-stringer B.J. Daniels than there is of Wilson throwing four interceptions in another playoff game. The NFC Championship Game was Wilson’s worst game ever — pros or college, ACC or Big 10.

The fact that the Seahawks still were able to prevail and get to Super Bowl XLIX despite Wilson’s horrid early effort might be the scariest thing about this matchup for the Patriots. This Seahawks team is very good. Not as good as last year’s championship team but still very good.

Let’s check out how the Patriots match up with the Seahawks:

WHEN THE PATRIOTS PASS
Patriots: 257.6 yards per game (ninth in the NFL)
Seahawks: 185.6 yards allowed per game (first in the NFL)
Advantage: PATRIOTS

This match up is very close and might wind up deciding the whole game. If Tom Brady can throw on Richard Sherman, Earl Thomas and the Seahawks’ secondary, then the Patriots should win.

One of the biggest storylines of the week will be Sherman and Thomas’ health. Sherman’s arm was hanging in the NFC Championship Game because of a sprained elbow, and Thomas has a separated shoulder — a nagging injury that could pop back out at a moment’s notice. Just ask Patriots cornerback Alfonzo Dennard, who has dealt with shoulder ailments since college and currently sits on injured reserve.

The Seahawks are likely to keep doing what they do best and just let starting cornerbacks Sherman (left) and Byron Maxwell (right) play their sides, since there’s no obvious matchup for Sherman. Jeremy Lane mans the slot, where he’ll spend most of his time covering Danny Amendola and Julian Edelman, and tight end Rob Gronkowski will be covered by linebackers K.J. Wright or Bobby Wagner or safety Kam Chancellor depending on where he lines up. If he splits out, the big tight end could match up against Sherman, Maxwell or Lane too.

A note to the Patriots: Study what the San Diego Chargers did in their Week 3 win over the Seahawks, when tight end Antonio Gates went off for seven catches, 96 yards and three touchdowns. Outside of that game, the Seahawks did a fantastic job stopping tight ends, including the Denver Broncos’ Julius Thomas and the Carolina Panthers’ Greg Olsen.

If Sherman’s arm is healthy, it would be wise for the Patriots to pick their spots against the No. 1 cornerback.

WHEN THE PATRIOTS RUN
Patriots: 107.9 yards per game (18th in the NFL)
Seahawks: 81.5 yards allowed per game (third in the NFL)
Advantage: SEAHAWKS

The Seahawks were incredible against the run during the regular season, allowing just 3.4 yards per carry (second in the NFL), but they’ve proven to be a little less sturdy in the postseason, allowing 133.5 yards per game and 4.5 per carry.

The Patriots’ rushing attack has been inconsistent this season, as evidenced during the playoffs. They did a Mr. Hyde impression during the divisional round against the Baltimore Ravens, straying from the run and gaining just 14 yards on 13 carries, but Dr. Jekyll showed up against the Indianapolis Colts in the AFC Championship Game, when they ran for 177 yards on 40 carries with three touchdowns.

Unless the Patriots pull a fast one, then LeGarrette Blount is expected to be the starting bell cow back. The Patriots will need to commit to the run during the first half if they want Blount to gain some steam and turn it on in the second half, as he’s apt to do when he gets opportunities early.

This is where the Patriots hold a big advantage, and that’s no shot against Wilson, who is a fantastic quarterback. The Patriots’ defensive backs simply are much better than the Seahawks’ wide receivers, and New England just finished shutting down Coby Fleener and Dwayne Allen, so Luke Willson (not Owen’s brother) and Tony Moeaki shouldn’t be a huge challenge.

The Patriots, like the Seahawks, will likely let the Seahawks determine matchups by sticking their cornerbacks on sides. Doug Baldwin, whose best NFL player comparison is Edelman, is a very good receiver, but Darrelle Revis or Kyle Arrington should handle him. Jermaine Kearse is a good matchup for Revis or Brandon Browner, and Ricardo Lockette’s best quality is deep speed, which free safety Devin McCourty should be able to mitigate.

The Seahawks’ biggest threat in all facets of the game is running back Marshawn Lynch, who is dangerous whenever he touches a football, and his soft hands make him a weapon through the air. Lynch’s best matchup is Dont’a Hightower, if the big linebacker can keep up, since he’s a sure tackler who has proven to be exceptional at preventing running backs to gain yards after catch — Lynch’s biggest strength.

WHEN THE SEAHAWKS RUN
Patriots: 104.3 yards allowed per game (ninth in the NFL)
Seahawks: 172.6 yards per game (first in the NFL)
Advantage: SEAHAWKS

How will the Patriots fare against Lynch on the ground? Well, that depends on which unit shows up. The Patriots were ninth in the NFL against the run this season, and they allowed just 79 yards per game in their final eight regular-season games.

The Patriots have been spotty during the postseason, however, letting up 136 yards to the Ravens but just 83 to the Colts. They’re allowing 4.7 yards per carry in the playoffs.

Lynch is a Beast by himself, but perhaps the real threat the Patriots will need to key in on is Wilson. Bill Belichick-led defenses have had issues with scrambling quarterbacks in the past, and Wilson is as instinctive as they come. Those troubles might be behind the Patriots, too. They allowed just 174 yards on the ground to opposing quarterbacks this season on 44 carries for 4.0 yards per carry.

New York Jets quarterback Geno Smith had the most success this season, rushing for 37 yards on seven carries.

How well the Patriots fare at stopping Wilson will depend on how well Hightower and fellow linebacker Jamie Collins and defensive ends Chandler Jones and Rob Ninkovich “do their jobs.” Jones and Ninkovich have to be patient at holding their point of attack on the edge, while Collins and Hightower will need to show elite quickness to get to the edge before Wilson can get to the open field.

The Patriots are unlikely to put much pressure on Wilson in the passing game, in order to prevent him from scrambling. The Patriots will be able to afford to do so, however, because they can trust Revis, Browner, Arrington and McCourty to lock down in coverage. 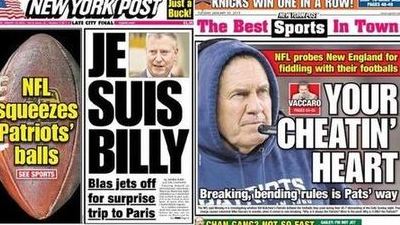 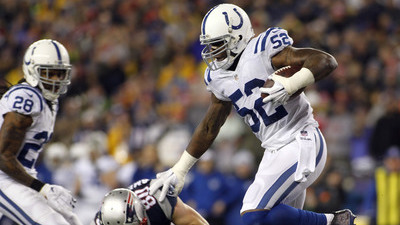