Patriots' Trickery Should Be Viewed Much Differently Than DeflateGate - NESN.com Skip to content

One of these things is not like the others.

After another supposed cheating scandal, however, anything out of the norm that the New England Patriots unleash will be put under a microscope and undoubtedly will be lumped in with so-called Spygate and, now, DeflateGate.

In fact, the creative offensive sets that helped the Patriots beat the Baltimore Ravens in the divisional round of the playoffs — along with the TV monitor outside CBS Scene restaurant at Patriot Place, of all things — already have been declared cheating.

Let’s put an end to that right now. Swapping in and out eligible and ineligible receivers isn’t cheating. Using running back Shane Vereen as an ineligible receiver to take an offensive lineman off the field has benefits and drawbacks, but it’s clearly within the rules.

Bringing rookie offensive lineman Cameron Fleming off the bench and making him an eligible receiver in hopes to help improve the Patriots’ rushing attack also isn’t cheating. It too has drawbacks.

Sending Nate Solder on a route wasn’t cheating, nor was Julian Edelman catching a lateral and throwing a touchdown pass to Danny Amendola.

These are within the rules. Deflating footballs is not.

For all the heat that Bill Belichick takes for the Patriots’ scandals, just as much praise should be passed around for the creativity and calculated risks he took in getting the Patriots to Super Bowl XLIX.

Ravens head coach John Harbaugh claimed his only beef with the Patriots’ creative sets was with the referees, who didn’t give his team enough time to realign. That’s fine for Harbaugh to say now, but the only reason the Patriots’ ineligible alignments were mentioned in anything more than intricate film reviews was his reaction to the sets after the game. Harbaugh called them “clearly deception” and offered a “I?m not going to comment on that” when asked if he considered the Patriots’ alignments cheap or dirty.

Harbaugh was upset that the plays worked, and they were effective because the Patriots weren’t allowing the Ravens enough time to figure out what was happening. It’s easy to see why Harbaugh was ticked, but it’s also a genius maneuver by Belichick to stay within the rulebook while creating an advantage for his team.

The Patriots used their “ineligible” formation three times and marched down the field to cut the Ravens’ lead from 14 points to seven before eventually winning 35-31.

No one on the Indianapolis Colts was complaining when the Patriots tried to use just four offensive linemen again in the third quarter of the AFC Championship Game. Why? It didn’t work. Brady was sacked for a 6-yard loss. That’s what makes using that alignment a calculated risk. The drawback to using six offensive linemen is that the Patriots are almost certainly running out of that alignment.

That Belichick can be so brilliant while staying within the rules is what makes controversies like DeflateGate so frustrating. It’s still unclear what happened to make 11 of the Patriots’ footballs under-inflated at halftime, but if the Patriots did cheat by deflating those footballs, then Belichick has insulted his own genius.

A master at finding loopholes inside the rulebook shouldn’t have to look outside of it. 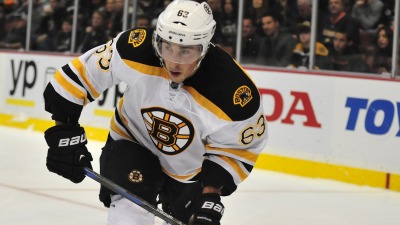 Bruins Give Up Late Third-Period Goal, Lose In Shootout To Avalanche 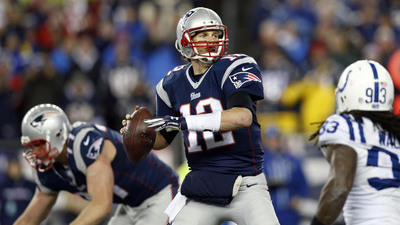