It’s not unusual to see Belichick in a good mood Fridays even in front of the local media at Gillette Stadium. Perhaps it’s because most of the New England Patriots head coach’s weekly work is done, and he can finally relax as he prepares his team for one more practice and a walk-through. Still, Belichick won’t hesitate to shut down a question with a quick, sharp retort even on his best days.

Belichick gritted his teeth and powered through the news conference with long, thoughtful responses and humorous one-liners, matching wits with the Seattle Seahawks head coach. You could almost see the wheels turning in Belichick’s head, forcing him to answer even the most mundane questions, like “how do you feel about games being played overseas?”

Belichick might scoff and say he’s focused on the game at hand during a presser in Foxboro, but he gave a long, thoughtful answer to the British reporter.

Despite keeping up with Carroll, there was one exchange that stood out, perfectly encapsulating their opposite personalities and coaching styles.

The coaches were asked how the game prep went for the Super Bowl.

?We?ve had a great two weeks. It?s been nothing but fun,” Carroll started. “The opportunity that presents itself playing in this game is so special and so unique. Everybody is tuned in and we?re grateful for being here. Thrilled to have the matchup that we have with a great organization in Bill (Belichick) and New England. They do things and they?ve done them so well for so long. It presents just as high class a matchup for us as we can expect.”

?We?ve had a great week down here,” Belichick said. “Our hotel setup, the Cardinals facility and the accommodations, everything?s been great. We?ve gotten a lot done. Certainly it?s a huge challenge to prepare for the Seattle Seahawks. They?re a great football organization and they have a great team. They?re strong in every area. I think everyone knows how much respect I have for Seattle and Pete and the job that they do. I don?t think fun is the word that I?d use.”

Carroll is fun; Belichick is not.

Carroll is Jason Seaver from Growing Pains; Belichick is Jack Arnold from The Wonder Years.

And Bill Parcells was Archie Bunker, so it’s no wonder why Carroll failed in his tenure with the Patriots from 1997 to 1999.

The Patriots were accustomed to discipline. They were used to a coach who once called wide receiver Terry Glenn “she.” The Patriots went to a Super Bowl in 1996, their head coach deserted them, and in came Carroll with his “rah rah” attitude and “win forever” outlook. It wasn’t going to fly for a young team that was used to discipline and suddenly was allowed to roam free.

Carroll took over too talented of a roster with too strong of personalities, and he didn’t have a reputation to precede him. Carroll had no choice but to stick with the likes of Ty Law, Lawyer Milloy, Drew Bledsoe, Willie McGinest and Chris Slade, because they were too good for him to re-haul and start over.

Belichick has proven to be perhaps the best NFL head coach of all time, but he also entered an ideal situation in 2000. Belichick was a Parcells disciple, and his best players still craved that kind of control. It wasn’t a hard transition for Law, Milloy and McGinest, especially since they just had to get readjusted to a defense that already looked familiar.

Carroll was a terrible fit for the 1997 Patriots, but it’s not surprising at all that he’s succeeded with the Seahawks. When he was hired in 2010, he almost immediately began overhauling the roster, because that’s what he needed to do. Just three players remain from the team Carroll took over: defensive tackle Brandon Mebane (on injured reserve), punter Jon Ryan and center Max Unger.

He had developed a strong reputation from his time at USC and began filling out his roster with players from the Pac-12 who knew him best. Carroll was the head coach who “took chances” on players who became team leaders and stars like Richard Sherman, Russell Wilson, Kam Chancellor and Doug Baldwin.

McGinest wasn’t about to buy-in to a coach who wanted to be cool. The Seahawks love Carroll, and he’s brainwashed them to believe in his catchy phrases.

It’s a testament to how great Carroll is as a coach that his Patriots teams still had a winning record. Many forget that Belichick’s first team in New England went 5-11 — down from 8-8 in Carroll’s last year.

Fate would have it that these two coaches would one day meet in a Super Bowl. It’s obvious that they like and respect each other despite opposite coaching styles and drastically different public personas, and it’s proof that nearly any style can be successful in the NFL.

?Bill is old school, what I grew up on, running after practices,” cornerback Brandon Browner said Thursday. “Playing in Seattle, it was a little more loose around there. We would shoot hoops in the meeting room before the meeting would start. On the way to meetings you would hear your favorite music blasting in the hallways. It is two different coaching styles, but at the end of the day they are both, I think, the best in the league.? 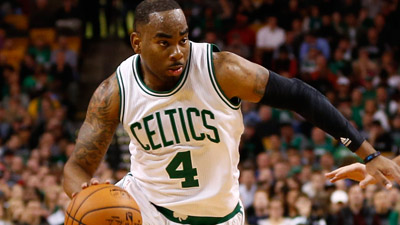