Editor?s note: NESN?s Tom Caron is on the 50-member USCHO ranking committee, and you can find his votes and thoughts on the college hockey week that was every Monday on NESN.com.

It was a scary Halloween Night for Providence College.

The Friars, picked to finish atop Hockey East in the preseason poll, were defeated 4-1 by Boston University at Schneider Arena. PC was outshot 41-18 and thoroughly outplayed by the Terriers. They had just one win after five games.

Things didn?t look a whole lot better over the next couple of weeks, with weekend splits against Merrimack and Vermont. Ten games into the season, Nate Leaman?s team was 4-5-1 and answering questions about its disappointing start.

The best answers, of course, are delivered on the ice. The Friars now are one of the hottest teams in the nation, winning nine of their last 10 games. PC swept Colorado College over the weekend building on the momentum of a Catamount Cup Final win over UVM in Burlington. In that 3-0 win over the Catamounts, Jon Gillies posted his second shutout of Vermont this season. In recent weeks, he’s backstopped 1-0 wins over New Hampshire and Boston College. His four shutouts are tied for most in the nation.

In addition, the Friars’ offense is heating up. PC has scored 27 goals in the last seven games, a far cry from the sputtering offense that lit the lamp just nine times in the previous six games.

This weekend, Providence will play its annual home-and-home Mayor?s Cup series with cross-town rival Brown. After that, Leaman will have his team focused on the conference standings with 12 straight Hockey East games to finish the season.

The way they are playing, the Friars might just finish where they started: atop the polls. They?re only ranked 14th in my USCHO.com vote this week, but they are definitely a team to watch closely in 2015. 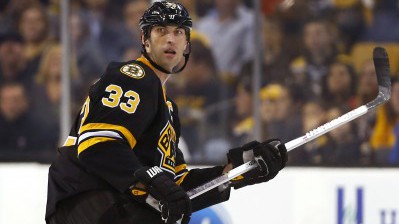