The Red Sox hosted their first ever Baseball Winter Weekend at Foxwoods Resort Casino. Approximately 6,000 fans attended the three-day event, which featured appearances by a bunch of players and members of the Red Sox front office.

The weekend started with the annual Red Sox Town Hall, during which fans were given an opportunity to ask questions to a panel comprised of principal owner John Henry, chairman Tom Werner, president and CEO Larry Lucchino, general manager Ben Cherington and manager John Farrell.

Saturday marked a big day for the players, who bounced around and interacted with fans through clinics, panel discussions, autograph sessions and more. Several players also spoke with the media throughout the day.

Here are some interesting tidbits from the weekend.

— It?s sounding more and more like the Red Sox have done their heavy lifting this offseason.

That?s bad news for those hoping Boston lands an ?ace,? but there?s a shared belief within the organization that the Sox will be competitive with their current roster.

Henry said the Red Sox are open to making in-season moves — as they typically are — despite being ?significantly over? the $189 million luxury tax threshold.

?I think one of the great enemies in baseball is Velcro,? Werner said. ?I?ve seen players walk out of the batter?s box and they haven?t even swung at a pitch.?

— Henry said Boston hosting the 2024 Summer Olympics would be ?great,? though the Red Sox haven?t been involved in the city?s push for the games.

— The NHL announced the Boston Bruins will host the Montreal Canadiens in the 2016 Winter Classic at Gillette Stadium. Lucchino said the Red Sox are open to someday hosting another Winter Classic at Fenway Park.

— Farrell predicted the Red Sox will defeat the Washington Nationals in the 2015 World Series.

— I was part of a media panel Saturday morning. Crushed it.

— Werner called out Dustin Pedroia in a ping-pong match, much to the second baseman?s surprise.

“They kind of blindsided me with that,” Pedroia said. “I haven?t played in like three years, but they said the owner?s playing and he?s telling TV he?s going to kick your ass, so I guess I?d better get down there.?

It took Pedroia a bit to get his timing down. Then, as the four-time All-Star put it, he started ?spanking balls.?

— Pedroia, who underwent hand/wrist surgery in September, is itching for this season after a disappointing 2014. He said he?s been lifting like crazy and that everything is ?back to normal? after battling injuries the last two seasons.

Pedroia expects improvement in the power department. His message to those standing behind the Green Monster?

— No one needed to duck with Gary Striewski in the box. (Sorry, Gary.)

— Pedroia and Xander Bogaerts plan to take some ground balls together in Arizona before heading to spring training.

Bogaerts worked out at Exos in Arizona this offseason. The 22-year-old shortstop said this is the strongest he?s ever felt going into a season.

— Pedroia doesn?t plan to attend Super Bowl XLIX in Glendale, Ariz., but he does expect the New England Patriots to beat the Seattle Seahawks.

“I’m not a football player,? Pedroia said. ?Does it really matter what kind of ball they use?”

— Pablo Sandoval, a Venezuela native who spent his first seven seasons with the San Francisco Giants, saw snow in person for the first time ever this weekend. He loved it.

— Wade Miley, a native of Louisiana who was acquired from the Arizona Diamondbacks, isn?t used to New England weather, either.

?The coolest thing I?ve probably done is came up here and saw snow for the first time in a long time,? Miley said of his offseason. ?My wife looked at me at 3 o?clock this morning like, ?It?s snowing, it?s snowing!? All right, cool.?

— Kelly also heaped praised on Allen Craig, with whom he was acquired from the St. Louis Cardinals last offseason. The two live 40 miles apart, so they?ve met up this winter.

?He?s going to be awesome. He carried our team — the Cardinals — for multiple years,? Kelly said. ?He was the best hitter on our team, hands down.?

— Justin Masterson was all smiles while discussing his return to Boston. The former second-round draft pick is confident he is fully healthy and ready to fix the mechanical issues he noticed on video.

?It?s kind of always felt like that whenever I come back to these parts,? Masterson said when asked if it feels like he never left. ?The fans here are great and really kind.

?That?s because I haven?t screwed up enough, so they haven?t had time to hate me,? Masterson joked.

— Brandon Workman could convert into a full-time reliever this season, but the 26-year-old?s preference is to remain a starter.

Workman, who tailed off last season, isn?t sure whether his six-game suspension in June played a role in his drop-off.

?Whatever the reason is, it did kind of seem like at that point is where my season took a turn for the worse,? Workman said. ?I had some good games after that — obviously I wasn?t able to get a win at any point after that — but I did throw the ball well a couple of times after that. But that was kind of the point in the season where it did start trending downward for me.?

— Hanley Ramirez?s transition to the outfield already is underway. The longtime shortstop said he?s been working on balls hit over his head, moving side to side in the outfield and hitting the cut-off man.

Vazquez also looked slimmer. He said he lost about seven pounds and is down to around 200.

— Rusney Castillo tore it up in winter ball in Puerto Rico, according to Vazquez.

— Mike Napoli detailed his brutal offseason jaw surgery to alleviate his sleep apnea. He said his sleep issue became so problematic last season that he would have been forced to retire without undergoing the procedure.

Napoli looked trimmed down, though he said he?s gained all of his weight back since undergoing the surgery and temporarily going on a liquid diet. The first baseman insisted he?ll be ready for Opening Day. 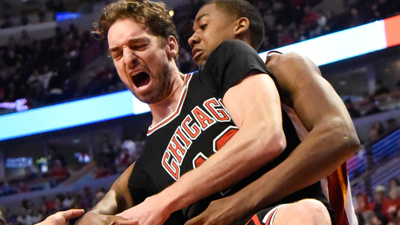 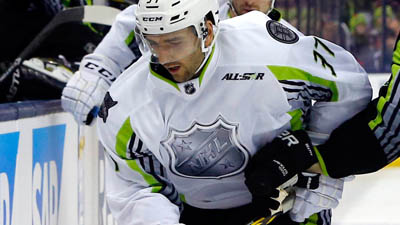