MASHANTUCKET, Conn. — Joe Kelly expects to collect hardware at the end of 2015.

Kelly said during a radio appearance Saturday morning that he will win the American League Cy Young award this season. The Boston Red Sox starter didn?t backtrack when pressed on the prediction a short time later. Instead, he reiterated his stance.

?Yeah, I?m going to win this year. That?s what I told the radio guys,? Kelly said Saturday at the Baseball Winter Weekend at Foxwoods Resort Casino. ?They didn?t believe me, so sucks to be them.?

Kelly hardly qualifies as a front-runner for the award. The 26-year-old only has 48 regular-season major league starts under his belt, and he?s still coming into his own as a big league hurler. But Kelly is confident he?ll reach new heights in 2015, as 2014 was a whirlwind campaign that featured both a hamstring injury and a midseason trade.

?I just feel like I?m getting better every year. I?m learning new stuff. I feel comfortable with where I am right now,? Kelly said. ?You could ask every pitcher, (the Cy Young?s) going to be their goal. But my real goal is to be focused on every single pitch, 100 percent.

?The results, you?re obviously not going to control them. So I?m going to put all my mental focus and whatever I can into every single day I?m out there working, working out, running, doing (pitchers? fielding drills) in spring training.?

Kelly was limited to 17 starts last season, as he missed nearly three months with a left hamstring strain. The right-hander was impressive at times, but he finished the year with a 6-4 record and 4.20 ERA. Not exactly Cy Young stuff.

The up-and-down season clearly wasn?t enough to shake Kelly?s confidence. And for good reason. He excelled with the St. Louis Cardinals in 2012 and 2013. It?s possible he could take the next step in his first full season with the Red Sox, even if it doesn’t result in a Cy Young nod.

?I?ve been — knock on wood — healthy my whole life. I skateboarded. Any extreme sport you can think of, I never got hurt,? Kelly said. ?Last year getting hurt, it was horrible for me. I?ve got to get out there, I?ve got to play, I?ve got to run around. Getting hurt, I was gone for three months and then traded. I felt like I didn?t even have a season last year.

?It?s something that I?m looking forward to this year. Hopefully — knock on wood — I?ll pitch the whole year healthy and get through it and be pitching in October and not having any arm problems or any leg problems. Just go out there and kick some butt.?

Kelly is talking the talk. It’s almost time to walk the walk. 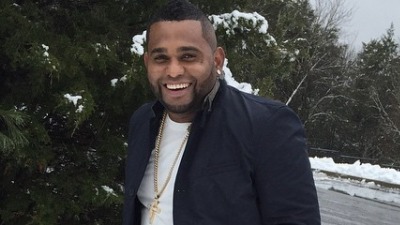