The Washington Nationals added one ace pitcher, but they could be looking to deal another.

The Nationals reportedly signed Max Scherzer to an enormous contract Sunday night, and many believed the free-agent right-hander would be the perfect addition to an already-stacked rotation. However, the Nationals might be looking to move right-hander Stephen Strasburg.

USA TODAY’s John Perrotto reported Monday that the Nationals are open to dealing Strasburg, and it sounds like the righty might be OK with that, too.

Strasburg, the No. 1 overall pick in the 2009 Major League Baseball draft, is coming off the best season of his young career. He logged a career-high 215 innings, striking out 242 batters on his way to posting a 14-11 record with a 3.14 ERA.

Strasburg avoided arbitration by signing a one-year deal worth $7.4 million on Jan. 16. He’ll be eligible for arbitration in 2016 and is set to hit free agency the season after. 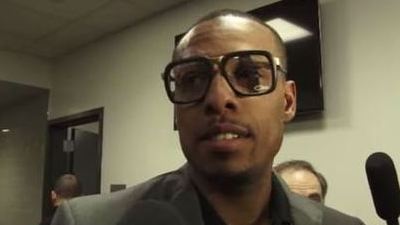