Kraft opened the Patriots’ Super Bowl XLIX media availability Monday night by challenging the league to find that his team broke NFL rules by deflating footballs in the Jan. 18 AFC Championship Game win over the Indianapolis Colts. He also said he expects the NFL to apologize to the Patriots if the investigation into the DeflateGate controversy comes up inconclusive.

Check out Kraft’s full remarks, which he prepared on the five-hour flight from Boston to Phoenix:

“Given the events of the last week, I want to take a minute to address the air-pressure measure before we kick off this week’s media availabilities.

“I’ve spoken with Coach (Bill) Belichick, I’ve spoken with Tom Brady. I’ve taken the time to understand to the best of my abilities what goes on in the preparation of game-day footballs, and I want to make it clear that I believe unconditionally that the New England Patriots have done nothing inappropriate in this process or in violation of NFL rules.

“Tom, Bill and I have been together for 15 years. They are my guys. They are part of my family. And Bill, Tom and I have had many difficult discussions over the years. And I have never known them to lie to me. That is why I am confident in saying what I just said, and it bothers me greatly that their reputations and integrity, and by association that of our team, has been called into question this past week.

“As I said on Friday in my prepared statement, we welcome the league’s investigation and the involvement of Attorney Wells. I’m confident that this investigation will uncover whatever the facts were that took place last Sunday and the science to how game balls react to changes in the environment. This would be in direct contrast to the public discourse, which has been driven by media leaks as opposed to actual data and facts. Because of this, many have jumped to conclusions and made strong accusations against our coach, quarterback and staff, questioning the integrity of all involved.

“If the Wells investigation is not able to definitively determine that our organization tampered with the air pressure in the footballs, I would expect and hope that the league would apologize to our entire team, and in particular Coach Belichick and Tom Brady, for what they have had to endure this past week.

“I am disappointed in how this entire matter has been handled and reported upon. We expect hard facts as opposed to circumstantial leaked evidence to drive the conclusion of this investigation.

“In closing, I would like to say to all the fans of the National Football League, and especially the amazing fans of the New England Patriots, that I and our entire organization believe strongly in the integrity of the game and the rules of fair play properly, equitably and fairly enforced.”

Belichick, next to the podium, was asked about Kraft’s comments, and though he wouldn’t speak on the DeflateGate controversy, he did go way back in detailing their relationship.

“I have a great relationship with Mr. Kraft and appreciate the opportunity everyday to coach the New England Patriots,” Belichick said. “Mr. Kraft gave up quite a bit in order to work out the trade, basically it is what it was, for me to be part of this organization after I resigned from the Jets. 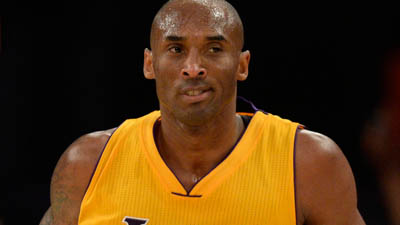 Bill Belichick Politely Declines DeflateGate Talk, Is On To Seahawks