The Boston Bruins defeated the Dallas Stars 3-1 at American Airlines Center on Tuesday night to strengthen their position in the Eastern Conference playoff race.

Boston will travel to Colorado for a Wednesday night matchup against the Avalanche in its final game before the All-Star break.

Boston took its first penalty just nine seconds into the first period when Adam McQuaid tripped Benn on a semi-breakaway, but the B’s killed the penalty and went 6-for-6 overall. The Bruins’ penalty kill has been a strength since Jan. 1, as evidenced by the unit going 33-for-35 in the last nine games.

2. Bruins End Road Power-Play Goal Skid
The Bruins had three first-period power plays, but they were unable to cash in on any of them and tallied just four shots on goal.

The Bruins were able to add an insurance goal in the third period when Dougie Hamilton scored his fourth power-play tally of the season.

3. Strong Second Period Changes Momentum
The Bruins have struggled in second periods this season with 45 goals against and a minus-1 differential entering Tuesday night. After dominating puck possession throughout the second frame, Boston’s hard work was rewarded with two goals that gave it a 2-1 lead heading into the final 20 minutes of regulation.

A beautiful sequence of passes by Chris Kelly and Carl Soderberg set up Loui Eriksson’s 11th goal of the season at 14:17 of the period. Gregory Campbell capitalized on a rebound off a Craig Cunningham shot a little over four minutes later to give the B’s their first lead of the game.

The Bruins now are 18-1-1 when leading after two periods this season. 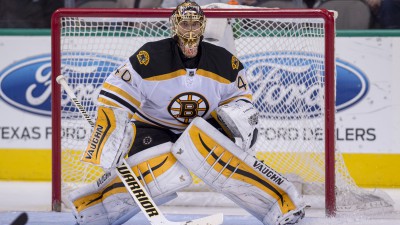