Marshawn Lynch avoided a $500,000 fine by showing up for four minutes, Rob Gronkowski read a line from “A Gronking to Remember” and Bill Belichick talked about stuffed animals, so it was just another casual Tuesday.

There were surprisingly not too many questions about DeflateGate, as the few that did get thrown the Patriots’ way were all deflected.

But now that we’ve got everyone’s thoughts on Katy Perry, we can hopefully turn our attention to some actual football. The Seahawks and Patriots will finally square off in just five short days.

Hang in there, guys.

3:25 p.m.: No, seriously, if you’re not watching Michael Bennett right now you really should be.

Here are just some of the gems he’s dropped today.

On returning to the Super Bowl yet again:

“I feel like Russell Crowe all the time, I’m Gladiator.”

On his beard that he’s been working on for a year:

“I want to look like the richest homeless man you’ve ever seen.”

“I just love my beard. Moses had one. Genghis Khan had one. Just good guys, man. Jesus had one too.”

On Katy Perry performing at halftime:

“I don’t really listen to Katy Perry because she doesn’t do it for me. I’m more of a “Drunk In Love” Beyonce kind of guy.”

He also had a nice balls joke:

3:19 p.m.: Gronk wasn’t the only one who busted out some dance moves today. Richard Sherman showed his hips don’t lie, either.

Not only is he wearing an incredible cowboy hat, but he also has a pretty solid reason as to why the Seahawks aren’t America’s team.

Bennett also addressed comments Brandon Browner made about a couple of his former teammates, but he said the media blew it was out of proportion and possibly even “ruined a friendship.”

2:59 p.m.: The media might not be crazy about him, but his teammates sure are big fans of Marshawn Lynch.

When asked if there was one NFL rule he would change, Russell Wilson said, “I wish everybody would stop fining my man Marshawn.

2:54 p.m.: Finally, finally, someone has asked Russell Wilson about “Dancing With the Stars.” It’s about time.

He likes dancing, everyone, but he can’t think about being on the show. He’s more focused on getting his next question — preferably not about a reality show.

2:51 p.m.: The Seahawks are focused on themselves, not their opponents, according to Russell Wilson, but he still had some kind words for the New England Patriots.

Wilson called Tom Brady “arguably the best quarterback to play the game,” heaped praise on head coach Bill Belichick and added the QB has great pieces around him.

2:50 p.m.: The 12th Man showed up at Media Day and they got rewarded with a big shoutout from quarterback Russell Wilson, who said they’re the best part of this whole media circus.

2:46 p.m.: Things got a little heated between one reporter and Richard Sherman. Sherman came out firing this week when he called out Robert Kraft and Roger Goodell for their friendship that he believes is a “conflict of interest.”

One reporter then asked him about the Ray Rice situation and Goodell’s handling of it, and it did not go well.

He repeatedly asked the reporter “Did you do your research?” before moving on to another question.

2:42 p.m.: Kam’s got his teammate’s back. The safety said Marshawn Lynch has no patience for the media because things can get misconstrued all too easily.

“When you give people certain things, they misinterpret you, so you just shut it down. I can’t fault a guy for that.”

2:37 p.m.: Head coach Pete Carroll is proud of his younger players, such as Richard Sherman, Earl Thomas and Kam Chancellor, whose enthusiasm and hard work have rubbed off on the rest of the team.

“Our guys want to embrace the leadership. Our young guys have grown up quickly because they’ve had to.”

Kam Chancellor returned the kind words, saying Carroll “brings the leadership out of you.”

2:32 p.m.: Richard Sherman still isn’t taking the bait when asked who the best corner is in the game.

Sherman spoke highly of Darrelle Revis, though, and the entire Patriots team as a whole.

2:30 p.m.: Marshawn Lynch only needed to be at media day for 4 1/2 minutes out of the full 60, and he fulfilled his commitment. Beast Mode has left the building after rattling off the same answer over and over.

Did anyone really expect anything less?

2:28 p.m.: He’s not going to say anything, but don’t tell that to the massive crowd surrounding Marshawn Lynch.

“I’m just here so I won’t get fined,” is what he’ll be repeating no fewer than twenty times. That’s the line he has chosen to rock during this Media Day to every question that is fired his direction.

The weird part is that he seems to actually be listening intently to every question.

2:20 p.m.: The Seahawks have arrived. Let the insanity begin.

2:18 p.m.: Don’t expect much out of Marshawn Lynch. Former Seattle Seahawk and current NFL Network analyst Michael Robinson spoke to Beast Mode just moments ago, and it sounds like he’ll be repeating something along the lines of “I’m just doing this to avoid a fine.”

2:08 p.m.: Will he or won’t he? Marshawn Lynch has his own booth at Media Day, but will he actually put it to use and give more than one-word answers? This massive horde of reporters certainly hopes so.

2:00 p.m.: The insanity isn’t over yet. We’ve still got plenty of DeflateGate, Katy Perry and other outrageous questions to be answered as the Seattle Seahawks will have their turn in just a few moments.

1:35 p.m.: Cornerback Brandon Browner just spoke glowingly about Bill Belichick. While he admits he was a little bit nervous to play for Belichick to begin with, Browner gushed about how Belichick will “push you to bring the best out of you.” 1:25 p.m.: Here’s a photo displaying the sheer insanity that is media day. 1:12 p.m.: Rob Gronkowski was just asked to give a shoutout to his fans in China. He obliged, of course.

1:09 p.m.: Deion Sanders just asked Patriots cornerback Darrelle Revis if he was happy to be at the Super Bowl. Some questions are better than others.

1:03 p.m.: Rob Gronkowski just did some Katy Perry karaoke, finishing the lyrics for one of the halftime performer’s songs. Hopefully we’ll have video of that soon. 12:52 p.m.: Bill Belichick just showed off his lighter side. He was asked by a young child if he had a favorite stuffed animal growing up. Belichick admitted to having a stuffed monkey puppet growing up that he loved. So there’s that.

12:50 p.m.: Rob Gronkowski talked at length about the expected physical play. He knows he’s going to be in for a tough fight against a physical Seattle defense.

12:48 p.m.: Darelle Revis, as you might expect, isn’t really thinking about his former team right now.

12:45 p.m.: A couple of highlights from Tom Brady’s ongoing session.

On Michigan (Brady’s alma mater) hiring Jim Harbaugh: “It’s a new start for Michigan. … Coach Harbaugh’s done those things as well. He was a great example when I was there. It was always a great thing when he came back.”

On being to six Super Bowls and the possibility of winning a fourth: “It’s pretty unbelievable to be able to play in six. …It’s hard to think about those things. I’m just fortunate to be on some great teams.”

12:40 p.m.: Tom Brady on the distraction swirling around the Patriots right now: “We’ve always done a great job of overcoming obstacles and being mentally tough. … We’ve just gotta do it for one more game.”

“It gets me ready. Just gotta go out there and play my game,” Gronkowski said before effusively praising the entire Seahawks team.

12:34 p.m.: The Patriots have made their way into the arena and are fielding questions from reporters.

12:08 p.m.: For those looking for TV coverage of media day, ESPN and NFL Network have you covered. Everyone knows the cool kids follow live blogs, though, so be sure to keep it here, too.

11:15 a.m.: The Patriots are scheduled to meet with the media in about 75 minutes, and they’ll do so at the US Airways Center in Phoenix — which is a long way from the blizzard that’s pounded much of New England.

Here’s a look at the layout there.

Looks quiet for the time being, but that will be far from the case in an hour.

8:50 a.m.: Here’s what the two teams will be wearing today, if you’re into that kind of thing.

8:30 a.m.: Super Bowl week is in full swing, and the week’s nuttiest day takes place Tuesday when the New England Patriots and Seattle Seahawks settle in for media day.

The Seahawks arrived in Arizona over the weekend while the Patriots touched down on Monday afternoon. Before they really sink their teeth into game planning for Sunday’s Super Bowl, they’ll do the rounds with media outlets from all over the world.

Media day traditionally offers reporters a chance to have access to every player on the roster of each team. The event also tends to get a bit silly, and you never know exactly what’s going to happen.

There figures to be no shortage of storylines Tuesday in the Phoenix area. The biggest story, of course, is likely to be DeflateGate. It’s safe to assume the Patriots will be tight-lipped about accusations they deflated footballs in the AFC Championship Game, but that’s not going to stop the media from prying. It also will be interesting to see what the Seahawks have to say about the matter.

It’s also going to be interesting to see what happens with Seattle running back Marshawn Lynch. He made waves last year by essentially skipping the event, and he hasn’t done much this season to make anyone think his relationship with the media is improving.

We’ll have updates throughout the day. 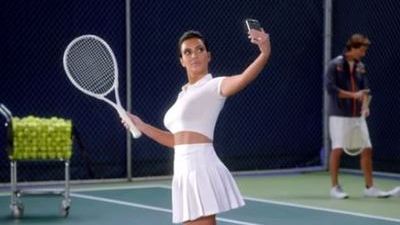 Kim Kardashian Pulling For Patriots In Super Bowl, Has Take On DeflateGate 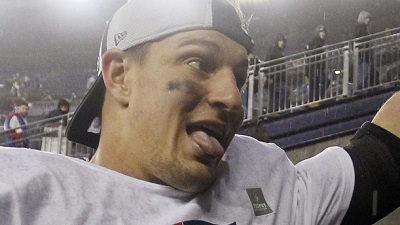 Brady Poppinga: Rob Gronkowski Must Be More Than Decoy For Patriots