Tedy Bruschi knows firsthand the pain the New England Patriots felt coming so close to the perfect finish only to watch it slip away through the hand of New York Giants wide receiver David Tyree.

That’s why it might come as a surprise to some that the former Patriots linebacker told ESPN on Monday that he believes the right team won Super Bowl XLII in the 2007 season.

“I can’t think of a game in Super Bowl history with more on the line than there was that day,” Bruschi told ESPN New York’s Dan Graziano in a phone interview. “This was THE SUPER BOWL, all caps. The one that would trump all the others. A chance to go 19-0, be the only team that ever did that, call ourselves the greatest team of all time? No question about it. But the better team won. They were definitely the better team.”

But before Pats fans call for Bruschi to be erased from New England history forever, Bruschi said his opinion comes from the one-and-done nature of the NFL playoffs. He believes that despite the records and the personnel on both teams, it’s not fair to say the Patriots were better in that one game.

“I definitely feel the right team won,” Bruschi told ESPN. “The way we played, the way they played, they should have won. And that’s just the respect I have for the NFL game. To sit here and say we were the better team, or we’d have beaten them nine out of 10 times, come on. What a slap in the face it would be for me to say that.”

Still, that doesn’t change how crushing the loss was for Bruschi. The linebacker admitted that he would have retired had he won and that for him, a win in this year’s Super Bowl won’t change anything.

“I know Tom (Brady) wants to go out there and right the wrong,” Bruschi said. “But if they go out there and win that Super Bowl, it doesn’t fix anything for me. I’ll be ecstatic and I’ll be proud of the organization, but the big one was lost. Nothing’s going to change that.” 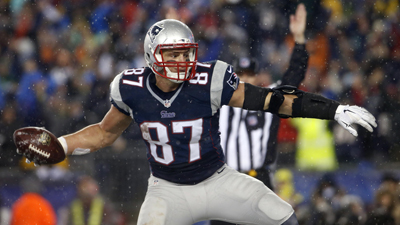