Tom Brady Downplays Past Vs. Ravens: 'Everything's Different At This Point' - NESN.com Skip to content

The Baltimore Ravens are a familiar opponent for Tom Brady and the New England Patriots, but at that same time, they’re not.

It might sound confusing, but it’s exactly how Brady and the Patriots are approaching Saturday’s AFC divisional-round matchup, the teams’ fourth playoff meeting since the 2009 season. While there’s plenty of familiarity between the franchises, Brady knows things are much different.

“Everything?s different at this point,? Brady said Monday morning on WEEI radio. “We can never change anything that?s happened in the past, nor can they. You can?t bring players out of retirement, they can?t either. It?s the guys we’ve got versus the guys they’ve got, which that?s an entirely new team that we have and an entirely new team that they have. There?s some carryover, there?s some characteristics that are the same, but these teams have established their own identities. It?s going to be the Patriots? 2014 version versus the Ravens? 2014 version, and we go from there.”

Brady’s right that this Patriots team differs from New England teams of recent years. The Patriots now have Darrelle Revis in their secondary, in addition to a healthy, potentially game-changing Rob Gronkowski on offense. However, if there’s one area the Ravens could have success with, it’s their pass rush.

“They?ve got a good front,” Brady admitted. “We’ve faced quite a few teams that have good fronts this year. Obviously (Elvis) Dumervil’s had a phenomenal year. He?s been a great player since he?s been in the league, that?s why Baltimore signed him. (Terrell) Suggs is as good as they get. (Haloti) Ngata?s as good as they get. (Pernell) McPhee?s had a good year. And then they rotate some other guys in there — Brandon Williams is a really good player. So they’ve got a good front.”

That could end up being the most important matchup, especially given the Patriots’ recent offensive line issues. If Brady and the Patriots can’t solve those problems, there’s a good chance Brady’s posteason record against the Ravens will fall to 1-3.

Not that he’s paying much attention to the past, though, right? 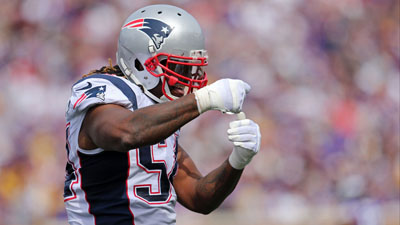 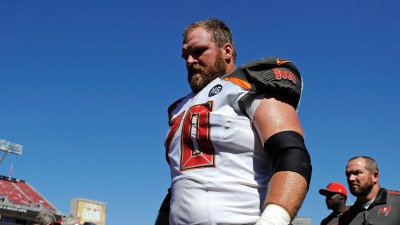