Tom Brady might not be concerned about his future, but the man closest to him is.

Brady’s father, Tom Brady Sr., recently opened up to NFL Media’s Andrea Kremer about his son’s life after football and what worries him about the day the New England Patriots quarterback decides to hang up the cleats for good. Brady, who grew up in a highly competitive family with three older sisters, overcame being the “pretty slow white guy” to achieve his dreams of playing in the NFL. But No. 12’s father agonizes over what his next dream will be.

“€œ(That) when the day is over, he will be able to find a passion to replace this passion,? Brady Sr. said. ?When you have somebody who loves it as much as he does, that is a concern for his mom and I.?

The family might fret over the future, but it’s not something that is openly discussed.

?No, because we don?€™t see that as being an imminent situation,? Brady said.

In Mark Leibovich’s New York Times Magazine profile of Brady, Brady Sr. revealed he’s pessimistic about how things will play out between the Patriots and their QB, saying the relationship “will end badly.” The Patriots have no choice but to think about life after Brady. They selected Jimmy Garropolo in the second round of last year’s draft, and Brady will be 40 years old when his contract is up after the 2017 season. 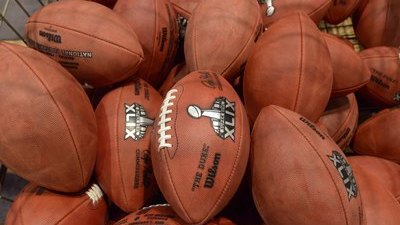