It’s been an eventful few days for Jon “Bones” Jones.

The UFC light heavyweight champion announced Tuesday that he had entered into a drug treatment facility just over one month after testing positive for benzoylecgonine, a substance found in cocaine. The news comes days after Jones beat Daniel Cormier in UFC 182 to retain his light heavyweight title.

“With the support of my family, I have entered into a drug treatment facility,” Jones said in a statement to Yahoo! Sports. “I want to apologize to my fiancée, my children, as well as my mother, father, and brothers for the mistake that I made. I also want to apologize to the UFC, my coaches, my sponsors and equally important to my fans. I am taking this treatment program very seriously. Therefore, at this time my family and I would appreciate privacy.”

Benzoylecgonine is not banned out of competition, so the Nevada Athletic Commission — which performed the initial test — couldn’t prevent Jones from fighting. Jones passed a follow-up test conducted by the commission later in December, according to Yahoo! Sports.

Both the UFC and UFC president Dana White released statements following the announcement.

?We support UFC light heavyweight champion Jon Jones? decision to enter a drug treatment facility to address his recent issue,” the UFC said. “While we are disappointed in the failed test, we applaud him for making this decision to enter a drug treatment facility. Jon is a strong, courageous fighter inside the Octagon, and we expect him to fight this issue with the same poise and diligence.”

Said White: ?I am proud of Jon Jones for making the decision to enter a drug treatment facility. I?m confident that he?ll emerge from this program like the champion he truly is.” 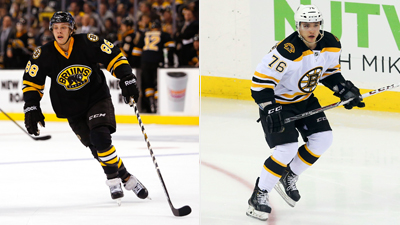