West Ham is flying high in the Premier League, but its funds soon will be lower than they should be, through no fault of its own.

West Ham is in danger of playing some of the 2014-15 season without a jersey sponsor, according to the Telegraph.

The Hammers currently wear Alpari’s logo on the front of their jerseys, but the U.K.-based currency broker filed for bankruptcy Monday after the Swiss national bank decided last Thursday to decouple the Swiss Franc from the Euro, sending shockwaves throughout the financial markets. Alpari reportedly has paid West Ham installments on its £3 million-a-year ($4.5 million) contract until March, but the club might play with blank jersey fronts in the final three months of this season.

West Ham already has begun talks with potential sponsors for next season.

?West Ham United has enjoyed a good working relationship with Alpari (UK) Limited since 2011 and is therefore saddened by today’s news that it has entered into insolvency,” the club said in a statement. “The Club would like to offer its sympathies to any Alpari staff affected by the announcement, particularly those that have worked closely with us over the past few years.

?The Board would like to reassure supporters that Alpari (UK) Limited’s situation will have no impact on West Ham United. The Club remains in a strong financial position and just last month published accounts showing record revenues and a group profit of £10.3 million ($15.6 million) before tax.

?The Club has received huge interest and is already in advanced discussions with potential new shirt sponsors for next year.?

Alpari has been West Ham’s jersey sponsor since 2013, but the relationship likely will end in the near future. However, West Ham, which currently occupies seventh place in the Premier League standings, could benefit from Alpari’s troubles. West Ham hopes to sign a long-term deal with a new shirt sponsor, which could pay the club more than the £4 million ($6 million) it would have received from Alpari between now and the end of next season. 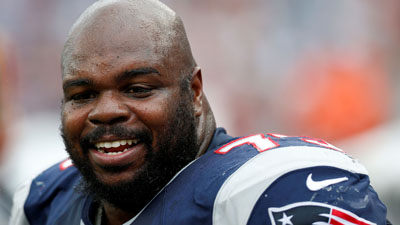