The New England Patriots faced quite a predicament Sunday before Malcolm Butler saved the day.

The Seattle Seahawks, trailing 28-24, had the football at the 1-yard line with under one minute remaining in Super Bowl XLIX after Marshawn Lynch set up 2nd-and-goal with a 4-yard run. The clock continued to tick, meaning the Patriots, in theory, could have called a timeout to preserve time for their offense in case the Seahawks scored to take the lead.

New England head coach Bill Belichick had his finger on the pulse.

“We certainly gave some consideration to taking a timeout there and leaving some time on the clock,” Belichick said Tuesday on WEEI’s “Dale and Holley.” “I don?t know if that would have been a bad thing to do. It might have been a good thing to do, but it just seemed in the flow of the game we were OK with where we were.”

Belichick on Tuesday credited the signaling and communication between defensive coordinator Matt Patricia and the team’s defense before Butler intercepted Seahawks quarterback Russell Wilson with 20 seconds remaining. The head coach also praised Butler’s effort, calling it a “great play” by the 24-year-old cornerback, who served as one of the most unlikely heroes in Super Bowl history.

“When (the Seahawks) got down to the 5-yard line, our first thought was to not let them run it in,” Belichick said. “They certainly had plenty of time at that point.

“First, they took the timeout. Then, Lynch got down to around the (1-yard line) and we put our goal-line defense in probably around the same time they were sending in their multiple receiver group, which was kind of what we wanted to be in there (to) make sure they didn’t run the ball in, which I?d like to think had they run the ball against our goal line defense with three receivers on the field, we couldn’t ask for more than that in terms of stopping the running game. We saw that matchup.”

The Patriots had their backs against the wall in the closing moments of Super Bowl XLIX. Some good decision-making by New England — coupled with poor decision-making by Seattle — and excellent instincts by Butler enabled the Pats to preserve the victory. 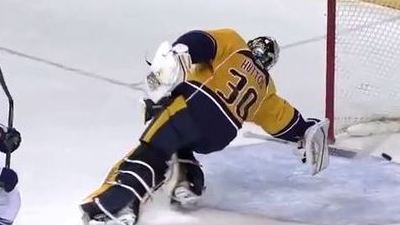 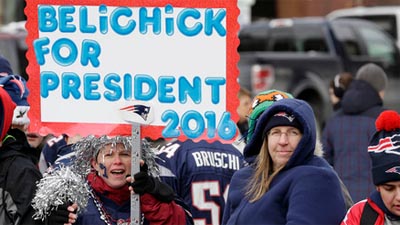