BOSTON — Fans of Boston sports will hope for a better showing from their football team Sunday night than the one their basketball club put on a few hours earlier.

The Miami Heat visited TD Garden on the afternoon of Super Bowl XLIX and handed the Celtics a third consecutive loss, quelling a late Boston rally to win 83-75. The 75 points were the fewest the Celtics have scored in a game this season.

A FIRST HALF TO FORGET
After slogging through a miserable first two quarters Friday against the Houston Rockets, the Celtics responded by … well, doing pretty much the exact same thing against the Heat. Miami held a 13-point advantage at the break as Boston managed just 31 first-half points — tied for its lowest halftime total of the season.

Only Tyler Zeller — who started in place of forward Jared Sullinger after Sullinger was late arriving to the arena — and Marcus Thornton were able to have any sort of success on the offensive end with nine and seven points, respectively, and even they weren’t overly efficient (both 3 for 7).

Evan Turner was downright awful during the first half (zero points, 0-for-6 shooting), prompting coach Brad Stevens to go with Marcus Smart at point guard to begin the third quarter. Health also might have played a role in Turner’s benching, as he has been nursing a sprained thumb. The guard did return early in the fourth quarter, however.

DEJA VU ALL OVER AGAIN
Again following the template set in the Houston game, the Celtics played much better after halftime, nailing their first seven field-goal attempts to begin the third. Avery Bradley powered this run, collecting six points, one rebound and one steal in the first three minutes of the frame alone while also teaming up with Jae Crowder to swarm Heat guard Shabazz Napier and force a 24-second violation.

Bradley briefly exited into the locker room after spraining his left thumb but later returned. He finished tied with Zeller for the team high in points with 17.

Smart ended up playing the entire third quarter, and while he did not register a point, he surpassed his career high in assists by dishing out his eighth with just over a minute to play in the frame. The rookie finished with nine helpers to go along with five rebounds and three points.

But as was the case Friday, the Celtics were unable to finish the job. Big man Hassan Whiteside was dominant for the Heat, racking up 20 points, nine rebounds and three blocks to help Miami pull away down the stretch.

Heat rookie guard Tyler Johnson — another player most casual basketball fans probably hadn’t heard of a month ago — also had a strong showing off the bench, finishing with 13 points, nine boards and four assists in just his third NBA game.

TAYSHAUN GONE?
Tayshaun Prince arguably has been the Celtics’ best player over the past two weeks, but he didn’t see a single minute of playing time Sunday. He and newcomer Andre Dawkins, who was making his debut for Boston, were the only Celtics DNPs.

UP NEXT
This week will be a busy one for the C’s, beginning Tuesday with a trip to Madison Square Garden to face the New York Knicks. 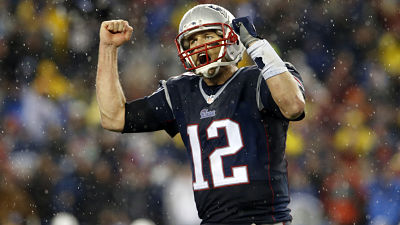 Tom Brady All Kinds Of Fired Up For Patriots’ Super Bowl Vs. Seahawks

2015 Beanpot Semifinals Postponed To Tuesday Because Of Incoming Storm