Celtics, Knicks Trending In Opposite Directions Leading Into Matchup At MSG - NESN.com Skip to content

The Boston Celtics will look to halt a three-game losing streak Tuesday night when they visit the New York Knicks as 1.5-point road underdog, according to sportsbooks monitored by OddsShark.com.

It’s been a difficult week for the Celtics, who are coming off an 83-75 home loss to the Miami Heat as 3.5-point favorites, their second straight-up loss in their last three as outright favorites following a 110-98 beating by the Minnesota Timberwolves after being favored by 4 points at the sportsbooks.

Tuesday?s matchup is the second of the season between the Atlantic Division rivals, with the Knicks taking a 101-95 decision in mid-December, their third straight SU and ATS win over the Celtics.

Following Tuesday night?s game, the Celtics return home to face the Denver Nuggets on Wednesday before welcoming the Philadelphia 76ers to town on Friday.

The Boston College Eagles men’s basketball team will also be looking to stop a losing streak when they visit the Notre Dame Fighting Irish on Wednesday night. The Eagles return to action following a pair of losses to the Louisville Cardinals and Clemson Tigers, dropping them to 2-7 SU in their last nine games and 1-7 overall against ACC rivals.

Boston College continues conference play Saturday when it returns home to face the North Carolina Tar Heels, who have two straight losses and have dropped to 28/1 in college basketball futures betting after opening the season with 12/1 odds at the sportsbooks.

Like the Celtics,  Boston Bruins also visit the Big Apple this week, with a stop at MSG on Wednesday night to face the New York Rangers. The Bruins will be gunning for their third straight win and ninth in their last 11 outings.

The Bruins? recent strong play has moved them into control of the top wild card spot in the NHL?s Eastern Conference with 61 points in 50 games, maintaining strong 12/1 odds to win the Stanley Cup. 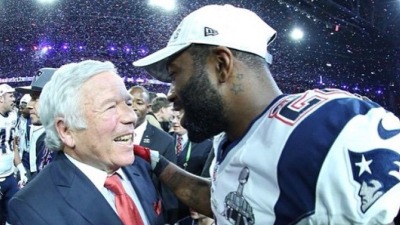 Darrelle Revis: Patriots’ Super Bowl Win Was ‘The Plan From Day One’ 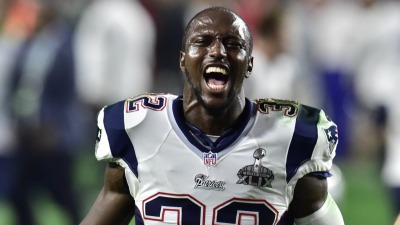 Devin McCourty’s Patriots Tenure Over?: ‘I Hope Not,’ ‘This Is Home’