The won another close one Friday, though the final score might not suggest so.

The Celtics defeated the visiting Philadelphia 76ers 107-96 and never trailed in the ballgame, but after building a 26-point lead, Boston began to stumble. The Sixers managed to cut the deficit to nine midway through the third quarter. Then six. Then three.

This was where the Celtics of November would completely implode, turning a seemingly sure win into a crushing loss. But that was not the case Friday night.

As soon as Philadelphia got to within one possession, Boston immediately responded. Within minutes, the Celtics’ lead was back to 15, and victory was theirs.

“With how many leads we’ve blown early in the season, we’re used to it,” forward Jared Sullinger said after the game. “We knew how to respond, and we responded well. We played really well. … An 18-point lead doesn’t mean nothing in this league, and we handled it with maturity.”

— Sullinger had no issue arriving to the arena on time for this game. He thus was reinserting back into the starting lineup and finished with a game-high 22 points to go along with seven rebounds and a career-high seven assists.

Sullinger has facilitated very well for a big man of late, dishing out four or more dimes in four of his last five games.

“I always had it,” Sullinger said of his passing prowess. “My dad forced me to play point guard at times in high school, so it’s almost natural.”

— Sullinger was Boston’s leading scorer, but the Celtics employed a balanced offensive attack to sink the Sixers. Six players scored in double figures for the home team — three from the starting lineup and two off the bench.

— Tayshaun Prince missed his fourth straight game as he continues to recover from a hip flexor injury. Stevens said before the game, however, that Prince will travel with the team for its game Saturday in Milwaukee.

— Point guard Michael Carter-Williams was inactive for the 76ers with a toe injury. Sixers coach Brett Brown said Carter-Williams, a Hamilton, Mass., native, was “crushed” upon learning he’d be unable to play in front of his hometown crowd.

— Ex-Maine Red Claws point guard Tim Frazier made his NBA debut for the 76ers against his former employer. People apparently were pretty excited about it.

— The national anthem singer — Miss Massachusetts Lauren Kuhn — couldn’t manage to get “The Star-Spangled Banner” off the ground. So, the Garden faithful helped her out.

“I though that was big-time on our fans,” Sullinger said. “When you’re singing in front of people and you have to sing a song, I can’t even imagine the embarrassment that was going through her. And for our crowd to pick her up they way they did without laughing at her, and just being by her side, that shows a lot of respect for the city of Boston.”

— Former Sixers guard Evan Turner strolled into the Philadelphia locker room Friday evening to say hello to some of his old teammates (the few of them that left).

“I’m about to steal some tips!” he yelled to Brown, who was holding his pregame news conference at the time. 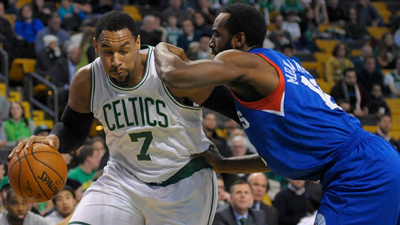 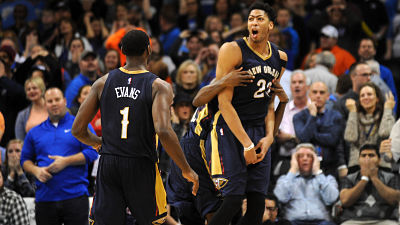