INDIANAPOLIS — Jameis Winston isn’t interested in competing with fellow quarterback Marcus Mariota to be the No. 1 overall pick in the 2015 NFL draft. The Florida State product is aiming much higher.

Winston, who says his shoulder is fine, and that he had an MRI just like any other quarterback at the NFL Scouting Combine, wants to win a Super Bowl in his rookie season. That could be difficult if he’s selected by a team picking at the top of the draft like the Tampa Bay Buccaneers or Tennessee Titans.

“I’m out here to win games and be the face of someone’s franchise,” Winston said at the combine. “This is not a competition between me and Mariota, because one thing about me, I plan on winning the Super Bowl the next year. So, it’s going to be Jameis versus Peyton Manning and Jameis versus Tom Brady. I want to be viewed like that.

“After all this combine stuff, you’re not going to hear no more about Jameis Winston and Marcus Mariota. I want my name to stay relevant for the next 15 to 20 years of my career.”

Winston, who said he’s trying to put his past mistakes behind him, certainly doesn’t lack confidence. He said he plans on throwing at the combine Saturday because he’s “a competitor.”

An unflattering picture was posted of Winston before the combine, but the QB measured in at 6-foot-4, 231 pounds.

“A lot of people thought I was fat, but I look good and I know it,” Winston boasted. 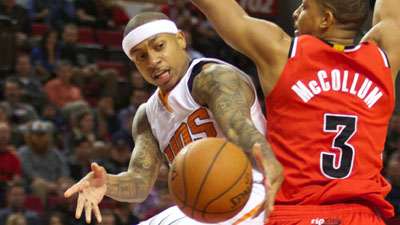 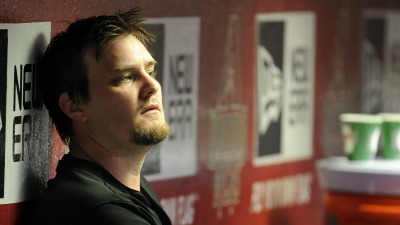