New York Knicks owner James Dolan probably doesn’t have too many fans this season, but he definitely just lost another.

The floundering Knicks are dead last in the NBA standings at 10-41, and that fact understandably doesn’t sit well with fans. However, Dolan apparently found it necessary to respond to one fan’s dissent in the most inappropriate way possible.

Irving Bierman sent the following email to Dolan — which his son then sent to Deadspin — with the subject line “I have been a Knicks fan since 1952,” and he received a caustic response from the owner.

“At one stage I thought that you did a wonderful thing when you acquired EVERYTHING from your dad. However, since then it has been ALL DOWN HILL. Your working with Isaiah Thomas & everything else regarding the Knicks. Bringing on Phil Jackson was a positive beginning, but lowballing Steve Kerr was a DISGRACE to the knicks. The bottom line is that you merely continued to interfere with the franchise.

As a knicks fan for in excess of 60 years, I am utterly embarrassed by your dealings with the Knicks. Sell them so their fans can at least look forward to growing them in a positive direction Obviously, money IS NOT THE ONLY THING. You have done a lot of utterly STUPID business things with the franchise. Please NO MORE.

You are a sad person. Why would anybody write such a hateful letter. I am.just guessing but ill bet your life is a mess and you are a hateful mess. What have you done that anyone would consider positive or nice. I am betting nothing. In fact ill bet you are negative force in everyone who comes in contact with you. You most likely have made your family miserable. Alcoholic maybe. I just celebrated my 21 year anniversary of sobriety. You should try it. Maybe it will help you become a person that folks would like to have around. In the mean while start rooting.for the Nets because the Knicks dont want you.

A Madison Square Garden Company representative — of which Dolan is also executive chairman — confirmed to ESPN that Dolan sent the email. It seems to have been in vain, though, as the 73-year-old Bierman told ESPN he will “never” root for the Brooklyn Nets. 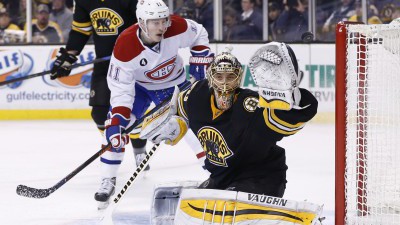