BOSTON — For the second time in four days, tardiness has forced Brad Stevens to remove Jared Sullinger from his starting lineup.

Sullinger missed a team walkthrough Wednesday afternoon ahead of the Celtics’ meeting with the Denver Nuggets at TD Garden. Stevens announced in his pregame news conference that Tyler Zeller would start in Sullinger’s usual spot.

“Obviously, (it’s) a unique traffic day,” Stevens said, referring to the New England Patriots’ Super Bowl parade that rolled through the city Wednesday morning. “But I don’t want to make any excuses. He won’t make any excuses.”

Stevens was faced with a similar situation Sunday, when Sullinger arrived late to the arena and was replaced by Zeller in the starting lineup. The coach maintained he does not view the situation as a serious problem given the forward’s mostly positive track record, but he did stress that rules need to be followed.

“It’s the second time in two years (Sullinger’s been late),” Stevens said. “It just happens to be the second time in (four) days. I said it the other day — I don’t think it’s an issue. But he just has to be here. Our precedent is set.”

Sullinger blamed traffic for both late arrivals and said it was “a great decision” by Stevens to bench him.

“Like I said, things happen,” he said before Wednesday’s game. “You can’t let it affect you. We’ve still got to win a basketball game.”

The third-year big man is coming off one of his best all-around efforts of the season, a 22-point, nine-rebound, six-assist showing Tuesday in a win over the New York Knicks.

Stevens said Sullinger would be active Wednesday but did not confirm whether he’d see playing time. Boston’s lack of healthy bodies (Kelly Olynyk remains out, and Tayshaun Prince has missed the last two games) might force Stevens’ hand, though.

As for whether Sullinger will receive a fine for again showing up late, Stevens said president of basketball operations Danny Ainge would make that decision. 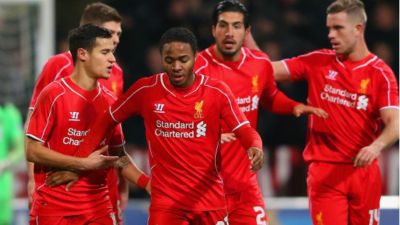