INDIANAPOLIS — The New England Patriots must be sitting back and cackling at teams forced to select a quarterback in the 2015 NFL draft.

It gets barren very quickly after Jameis Winston and Marcus Mariota, when teams are forced to choose between the “pro ready” Sean Mannion, the upside-heavy Brett Hundley and Blake Sims’ elite athleticism. The Patriots ticked off fans, and possibly their starting quarterback initially, when they picked Jimmy Garoppolo with the No. 62 overall pick in the 2014 NFL draft, but looking at this year’s passer crop, it’s looking smarter by the day.

“Oh, he’d definitely be top three,” Garoppolo’s quarterback guru Jeff Christensen told NESN.com when asked Friday at the NFL Scouting Combine where his disciple would rank in this year’s class. “He could be anywhere from one to top three. I don’t think that any of these guys have any huge, huge advantage over him at all, when you put everything on the equation, because the reality of it, until Winston grows up, it’s a crapshoot. It’s a crapshoot. Talented kid, right? Well, last time I checked, wasn’t Ryan Leaf — he was talented too, right?”

Character is not an issue for Garoppolo, whose nightlife is so boring that he didn’t even leave the town of Foxboro, Mass., during his first month with the Patriots. Christensen values intangibles over all other traits with his quarterbacks, and he says it’s Garoppolo’s No. 1 strength.

“The biggest thing about quarterbacks in today’s game is the ‘it’ factor,” Christensen said. “He’s got such a nice personality, he knows when to crack the joke, he knows when to get serious. He knows when to lead, he knows to show up on time, he knows when to hug someone or kick him in the tail. All those little components that other certain guys have no clue, he does it flawlessly. And those are all huge: how you handle yourself in the locker room, how you conduct yourself as a person off the field, positions to put yourself in, not to put yourself in. Then the physical playing part of it is not that difficult if you’re a good athlete and you’re studious, which he is.”

Garoppolo is well-liked with the Patriots, regularly spotted joking around with his teammates in the locker room. He knows how to take a joke too, like when an anonymous teammate replaced the nameplate above his locker with one that read “Prince Aladdin.”

“He’s genuine. It’s genuine,” Christensen said. “He’s not trying to brown nose anyone, it’s just genuine. That’s just how he is, which is why he’s going to be a great leader. And as he’s doing that, I’m sure he’s picking up on certain things that those guys — their dynamics, and their makeup as people, so he knows how to motivate them when it gets time for him to play.”

Garoppolo’s most fascinating relationship is with fellow QB Tom Brady. Some questioned the friendliness of the two signal-callers when an over-eager reporter spotted Brady “staying clear” of Garoppolo after the rookie quarterback threw his first touchdown pass in a 41-14 loss to the Kansas City Chiefs on Monday Night Football.

There’s absolutely no animosity between the two players, however.

“Loves him,” Christensen said of Garoppolo’s relationship with Brady. “I raised him on Tom Brady film. So it’s so surreal this whole last two years for that kid, it’s almost eerie. It’s like everything we worked on, then he got to go out and see the actual prototype of Tom. He’s in the meetings with Bill learning defenses of the highest level. Him and Tom get along really well. A lot of things have been God sent. It’s really — he loves Boston, loves the people. The smile that everyone sees is genuine.”

Patriots offensive coordinator Josh McDaniels echoed those sentiments before the Super Bowl, when he said the two are like brothers.

“To watch a guy in his 15th year prepare to be the best player he could be but also care enough about a young player to try and help him improve every day, it?s really an unselfish thing to watch happen,” McDaniels said.

Christensen has force-fed Garoppolo film of Brady since the two started working together when the Eastern Illinois product was just “a sophomore linebacker” in high school.

Much has been made about the fact that Garoppolo didn’t have a playbook while playing at the FCS level with the Panthers, but he didn’t just learn to take a snap from under center overnight when he came to the NFL.

“Jimmy’s whole life with me — even though he was in shotgun the last few years, the last year especially a lot — we always dropped back,” Christensen said. “I do very little shotgun work. It doesn’t take any — it takes a good athlete. The quarterback’s supposed to be a good athlete anyway, right? It takes a great athlete about 50 reps or 100 reps to learn how to throw the ball in shotgun. But you’re never going to throw the ball properly on timing cuts unless you can do it on a drop back.”

Garoppolo picked up the Patriots’ pro-style offense quickly, but it wasn’t without some early speed bumps, when the young QB was having trouble completing even half of his passes early in training camp.

“Yeah. He’d never been in the NFL before,” Christensen said. “Josh is trying to get him to throw guys open, and he’s trying to emulate Tom, and if you wait until they’re already open, then the window’s going to be closed by the guy coming the other way. So, he had a couple, dozen over-the-middle throws that were late, because he was holding the ball too long, and the single most important thing I’m telling these kids, is when you’re throwing the ball, on certain routes, if you recognize the route when it’s on you, you’re really throwing an incompletion.

“I’m going to throw the ball to that spot right there. My guy’s going to intercept the pass and get to that point where the ball is going to be, or no guy is going to get it, and it’s going to hit the ground. But you have to be willing to do that. When you throw it, you actually think you’re throwing it incomplete, then when they catch 6 out of 10 of them, you get more confident, because then you’re hitting spots.”

The Patriots’ offense especially is built around that concept where Brady has to trust that his receivers will be exactly where he wants them on every throw, which is why it’s so difficult for a receiver to come in and immediately succeed in New England.

“In the fourth quarter, Tom, at the Super Bowl: 13-for-15; last drive 6-for-6,” Christensen said. “And I was telling (New Orleans Saints head coach) Sean Payton earlier … I said that last drive, Brady’s drive, ‘Have you ever seen anything like that before in your life?’ And Sean says ‘not really,’ and he knew what I meant.

“I said every ball was in a shoebox, perfect. Perfect. It was six in a row. And under that kind of duress, that kind of pressure, and three of them are third downs, and you don’t get that. And that’s just a guy who gets it. He takes pride in his work, and so the reason I bring that up, is Jimmy’s the same kind of guy. The same kind of guy. It matters to him. He doesn’t want to just throw a completion to a guy and it’s four feet over his head, and he catches it and knows he got lucky. He wants the ball in his chin, and he’ll work tirelessly to do that. So, that’s what makes Jimmy so fun.”

Garoppolo will continue to work with Christensen this offseason, while he’s not allowed to talk or practice with the Patriots under the collective bargaining agreement. The throwing coach understands by now how to navigate any possible disagreements between himself and his clients’ coaches.

“They can’t talk to them until April 21. They’ve got to be in shape,” Christensen said. “When they come in, if I do my job, and the difference between me and these other guys, I don’t want to know your offense. I don’t want to tell you how to read defenses. When you decide you’re throwing it there, you tell me what you want to throw, and we’ll se up different combinations with it, and we’ll make up some. We’ll just make up some combinations.

“I am strictly a swing coach. I don’t get in their head on offensive or defensive structure at all. I will not do that to a coach. I have too much respect to them.

“All I say to them is, what plays is he struggling with? What routes? What combinations with those routes? It never comes up. When you see Cover 4, what did Josh tell you to do? Then do that. I have too much respect for those coaches than to infiltrate their world.”

Christensen’s work with Garoppolo is not done. The Patriots’ backup was touted for his quick release coming out of Eastern Illinois, but Christensen is trying to get Garoppolo to get rid of it even faster.

After the Patriots’ Super Bowl win, it’s unclear when Garoppolo will get his shot with the Patriots, but Christensen doesn’t consider that a downside.

“I don’t want to say anything because I don’t want to jinx it. It’s gone so perfectly so far,” Christensen said about Garoppolo’s brief NFL tenure. “I think the best thing I can do is just shut up and just watch it. It’s all as scripted. It’s just eerie to be honest with you.”

The high school linebacker who grew up watching tape of Tom Brady now gets to study the legend himself in person every day. 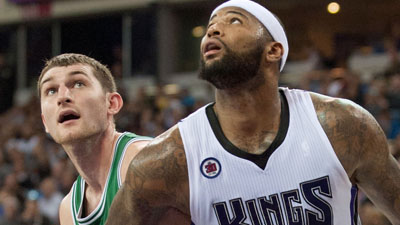