It’s not everyday that a win over a team from a lower division can mean so much.

Liverpool beat Bolton Wanderers 2-1 on Wednesday in a FA Cup fourth round replay game at Macron Stadium. The result is hugely important to the Reds, as it sustains their hopes of winning a trophy — one of the targets for this transitional season.

But the manner in which the Reds triumphed may be more telling than their progression to the fifth round of the soccer world’s oldest competition.

Bolton and Liverpool played to a stalemate in the first half. It was the third consecutive period in which neither side conceded a goal or tactical, physical or psychological edges. The game was tense and competitive before the interval, but Bolton controversially took the lead in the 58th minute when young striker Zach Clough won a penalty kick by diving under a challenge from Liverpool defender Martin Skrtel. Eider Gudjohnsen converted the spot-kick, setting the stage for a famous upset.

Liverpool might have sunk away two months ago. The Reds created a number of promising scoring chances before conceding against Bolton, as was the case during the troublesome fall months. Their finishing lacked the authority to beat goalkeeper Andy Lonergan, who was doing his best impression of Adam Bogdan (the injured goalkeeper who frustrated Liverpool in the goalless draw on Jan. 24).

But this is a promising, new phase of the season, and a changed Liverpool team. Liverpool tightened its grip on the game, increasing its passing tempo, defensive intensity and the frequency of its scoring chances in the second half. While Neil Danns’ 66th-minute dismissal facilitated the Reds’ increased dominance, it also is likely that Brendan Rodgers’ substitutions (Jordan Henderson, Daniel Sturridge and Fabio Borini all entered by the 70th minute) and tactical changes would have had a similar effect.

Being thwarted by Lonergan and hitting the post three times strengthened Liverpool’s resolve, and the Reds earned their just rewards when Raheem Sterling and Philippe Coutinho each scored superb goals in a five-minute span, as the game reached its climax. Liverpool overturned the deficit and clinched the comeback win through sheer mental strength and outstanding individual quality.

Emre Can, 21, was solid as part of Liverpool’s three-man back line. The ever-improving German then moved into the midfield in a late, tactical adjustment and performed spectacularly during the last 15 minutes. Can assisted Sterling’s goal, showing an impressive ability to play the killer pass.

Sterling too has become “Mr. Reliable” in recent weeks. The 20-year-old is scoring goals from both center- and withdrawn-forward positions with increasing frequency.

And then there’s Coutinho, 22, who celebrated his new contract with another fine performance and a goal for the ages.

Gerrard, Henderson, and Skrtel have been Liverpool’s chiefs all season. They’ll welcome the young trio into their ranks as capable deputies.

The win over Bolton sustains Liverpool’s growing confidence and keeps their overall revival on track. The Reds will take their newly found cutting edge and burgeoning self belief into upcoming games against Everton (on Saturday in the Premier League) and Crystal Palace (Feb. 14 in the FA Cup fifth round). There’s a good chance that the Reds’ positive run will continue well into the second month of 2015. 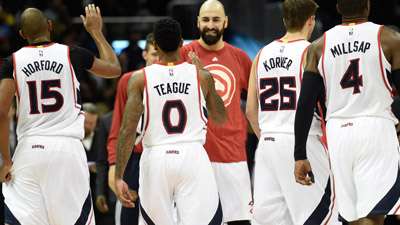