BOSTON — The Montreal Canadiens defeated the Boston Bruins 3-1 on Sunday night at TD Garden to sweep the season 4-0.

The Bruins have one more game at TD Garden — Tuesday night against the Dallas Stars — before they begin a five-game road trip out west.

Montreal opened the scoring just 38 seconds into the second period when Dale Weise, who’s been receiving top-line minutes of late, scored at the edge of the crease after Max Pacioretty’s shot on net hit the post.

B’s defenseman Zdeno Chara and center Patrice Bergeron both lost sight of Weise, which gave him an easy tap-in. Weise also picked up a primary assist on Pacioretty’s third-period goal and now has two goals and two assists in three games versus Boston this season.

Bruins rookie forward David Pastrnak scored his fifth goal of the season and his first in nine games at 15:29 of the third period. The goal ended Montreal goaltender Carey Price’s shutout streak of 159:25 against Boston.

Boston didn’t go on the power play once Sunday night, while Montreal had three opportunities with the man advantage.

The Bruins were 3-for-3 on the penalty kill, improving to 22-for-23 in shorthanded situations over the last seven games. Boston has been on the power play 122 times this season, 25 fewer than the New Jersey Devils in 29th. The B’s have had two or fewer power-play opportunities in six of their last eight games. 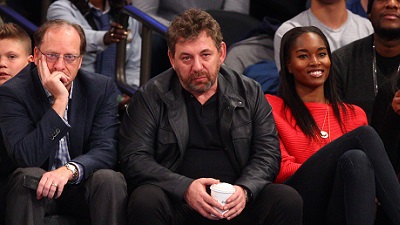 James Dolan To Fan: Start Rooting For Nets Because ‘Knicks Don’t Want You’