BOSTON — Northeastern’s 26-year drought without a Beanpot championship is the longest active drought of the four teams that compete in Boston’s annual college hockey tournament.

The Huskies are one win away from ending more than a quarter century of frustration after defeating Boston College 3-2 with a late third-period goal from defenseman Dustin Darou in the semifinals Tuesday night at TD Garden.

“I didn’t think it was one of our better nights, but they grinded it out and they found a way to win the game,” Northeastern head coach Jim Madigan said. “Anytime you can beat Boston College in this tournament, who have dominated the last 10 years, it says something to the character of the kids in our program.”

Northeastern will take on Boston University — who defeated Harvard 3-2 in double overtime Tuesday night — in the final on Monday, Feb. 9. These teams, who haven’t yet met in 2014-15, last played each other in a Beanpot final in 2009 when the Terriers won 5-2.

“I haven’t seen much of (BU) other than on TV,” Madigan said. “They’re obviosuly very talented. They have one guy, No. 9, (Jack) Eichel might be his last name. He’s pretty good. Beyond him, they’ve got (Danny O’Regan), who we’ve faced, Evan Rodrigues and Cason Hohmann.

“They got some pretty good players. They got a really good goaltender back there. They got depth up front, I think they have four good lines. The defensemen are younger, but they’re highly skilled. We’ll have our hands full next Monday. That’s what you got to do in this tournament, you have to beat a good team to go play a just as good team.”

Northeastern was able to beat Boston College on the strength of its power play, which entered this tournament as the second-ranked unit in Hockey East with a 21 percent success rate.

Junior forward Colton Saucerman opened the scoring 21 seconds into the second period with a power-play goal. BC equalized at the 4:35 mark of the period, and a little less than seven minutes later, sophomore forward John Stevens scored the Huskies’ second tally with the man advantage. Stevens’ shot from just above the left faceoff circle beat BC goalie Thatcher Demko blocker side.

The Huskies were 2-for-6 overall on the power play.

“We took a lot of penalties,” Eagles head coach Jerry York said. “It’s hard to overcome that because you’re playing some of the same players over and over again.”

The loss ended the Eagles’ run of five straight Beanpot titles and keeps Boston University’s record streak of six consecutive championships (from 1995 through 2000) intact. BC had beaten Northeastern in the last two Beanpot finals by a combined score of 10-4.

“Northeastern played very well,” York said. “They deserve a lot of credit for advancing to the championship game.” 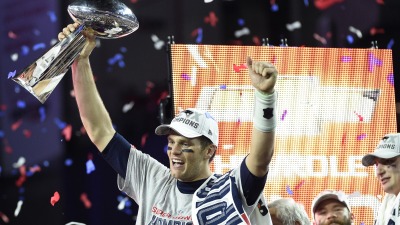 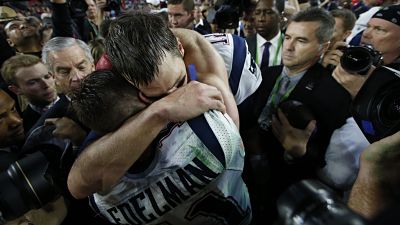