Editor’s note: NESN.com will go position by position to break down the Patriots’ depth chart heading into the 2015 offseason. Up first: the quarterbacks.

It will be fun to look back and snicker at those who wrote off Tom Brady until the day the legendary New England Patriots quarterback hangs up his red Under Armour cleats.

Rumors were rampant that either Brady or Patriots head coach Bill Belichick were on their way out of New England after the 2014 season, when the team began 2-2 following a 41-14 loss to the Kansas City Chiefs in front of a national Monday night audience. Now that the Patriots are Super Bowl XLIX champions, that conjecture will go down as one of the greatest overreactions of all time.

The big winner after that loss to the Chiefs was rookie backup quarterback Jimmy Garoppolo, the youngster supposedly at the stem of Belichick and Brady’s quarrel.

It’s understandable if Brady was perturbed that the Patriots spent a second-round draft pick on his eventual replacement when the team lacked suitable offensive protection. That Garoppolo went 6 of 7 for 70 yards and one touchdown in a game in which Brady completed just 14 of 23 passes for 159 yards and one touchdown with two interceptions confused those who didn’t have a basic understanding of football.

Now that the season is over, and after seeing Garoppolo go 10 of 17 for 90 yards in a half against the Buffalo Bills to wrap up the regular season, it’s fairly obvious that Brady is head and shoulders above the rookie not only in height but also skill.

That’s not to say Garoppolo is unable to take over for Brady one day. The issue is that Brady and Garoppolo’s contracts run through 2017, and while the veteran might have appeared on the decline when the Patriots selected the rookie, that’s obviously no longer the case.

The Patriots could have kept Ryan Mallett past his rookie contract if they believed he was Brady’s eventual replacement, but looking down the line, that will be much more difficult with Garoppolo, who is held in much higher regard around the NFL.

Let’s not get too ahead of ourselves, however. The point of these positional reviews is to look toward 2015 and concentrate on what the Patriots might do in the offseason. At quarterback, the answer is not much.

The Patriots have one of the best starters and backups in the league, and they liked third-stringer Gilbert, a former five-star high school recruit, enough to give him $10,000 more than the second-year minimum contract after he spent the final seven weeks of the season on the practice squad.

Gilbert struggled during the 2014 preseason after being a St. Louis Rams seventh-round draft pick, completing just 48.5 percent of his passes for 158 yards with no touchdowns or interceptions, but he’ll be fine as a camp arm and potential practice-squad candidate in 2015.

It sounds ridiculous to even discuss Brady’s supposed “decline” after he won his fourth Super Bowl title, but Sam Monson of Pro Football Focus and ESPN’s argument that the Patriots starter no longer belonged on the Mount Rushmore of NFL QBs stemmed from his accuracy under pressure. After being among the top QBs in accuracy under pressure for most of his career, Brady ranked 21st (56.3 percent) in PFF’s metric in 2012 and 20th (57.6) in 2013. Brady was back near the top in 2014, ranking 11th (61.6 percent).

If there’s still an issue in Brady’s game, it’s in his deep passing. He ranked 29th in accuracy on passes over 20 yards in 2014 (33.3 percent) and has dropped every season since 2010. A combination of arm strength, touch and offensive personnel doesn’t allow Brady to hit his deep passes, but he proved during the Super Bowl that he still can connect on a long ball when it counts.

Brady also proved during the Super Bowl that being a dink-and-dunk quarterback shouldn’t be considered an insult, since it worked against the NFL’s best defense.

Perhaps Brady’s Super Bowl win can buy him one season free from critics wondering if the end is near, but if catastrophe strikes again, and the Patriots somehow start with another .500 record (oh no!), then don’t be surprised if Garoppolo’s cheerleaders come out of the woodwork again. 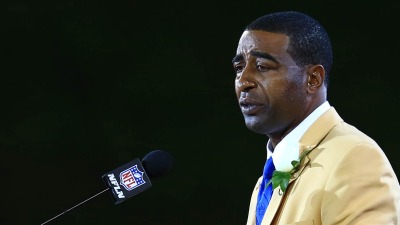 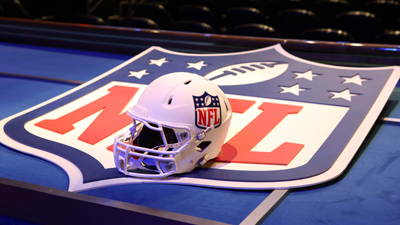