Editor?s note: NESN.com will go position by position to break down the Patriots? depth chart heading into the 2015 offseason. Next up: the tight ends.

The comparisons were inevitable. Tim Wright is an undersized tight end, wearing No. 81 who creates mismatches with his athleticism not strength.

But those who expected Wright to be Aaron Hernandez — the player, not the person — were bound to be disappointed.

The New England Patriots traded All-Pro guard Logan Mankins to the Tampa Bay Buccaneers for Wright and a fourth-round draft pick before the 2014 season began, and the tight end caught just 26 passes for 259 yards with six touchdowns.

It feels odd to praise Hernandez’s on-field skills while he’s on trial for murder, but to say Wright isn’t a comparable player shouldn’t be viewed as an insult. Hernandez, like Rob Gronkowski, was a once-in-a-generation player. Numerous tight ends have been dubbed “the next Hernandez” since 2010, and none have lived up to those expectations.

How incredibly disappointing, sad and tragic.

Gronkowski is the best tight end in the NFL, and he’s one of the best at his position in the history of football, but the Patriots shouldn’t be completely content with the depth they have behind him.

Hoomanawanui, who caught just three passes for 44 yards during the regular season, played 123 more snaps than Wright. Wright was a big part of the offense early in the season, but he was held catchless in the playoffs and had just three receptions in the Patriots’ last eight games. Hoomanwanui is an adequate blocker and below-average receiver.

If the Patriots don’t retain receiver Danny Amendola, who is due a $4 million base salary in 2015, or free-agent running back Shane Vereen, then they’ll need to add offensive pieces this offseason. There are some appealing options available at tight end on the open market, but they’ll come with a hefty price tag.

Free agents Jordan Cameron, Charles Clay, Niles Paul, Rob Housler and Julius Thomas all could play a similar role to the one that Hernandez once manned in the Patriots’ offense and would be upgrades over Wright. The chances of the Patriots paying top dollar for a tight end seem unlikely, but they would come cheaper than the best available wide receivers.

The Patriots also could look to add a tight end in the draft — something they haven’t done since 2011.

Of course, it’s probably not smart to completely write off Wright just yet. He was traded to the Patriots two days before their final preseason game, and a full offseason in the Patriots’ program could be valuable. He caught 54 passes for 571 yards with five touchdowns in his rookie season with the Buccaneers, which also was his first year as a tight end.

In 2014, Gronkowski had his first fully healthy season since he was a rookie, which was one of the biggest reasons why the Patriots won Super Bowl XLIX. The Patriots shouldn’t bet on Gronkowski’s health, however, and it could be valuable to find a player who can coexist with the All-Pro and also be able replace him if he goes down again in 2015.

The Patriots have the luxury of being able to go into the 2015 offseason looking for another tight end while knowing that they’ll be fine with the pieces they have — as long as Gronkowski stays healthy, that is.

Check out the rest of our position outlooks: Quarterbacks, running backs, wide receivers 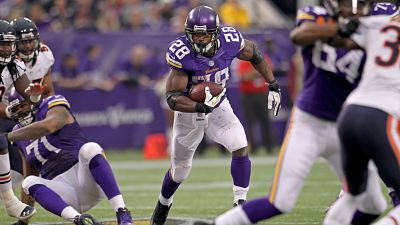 Vikings Would ‘Love’ Adrian Peterson Back, According To Team President 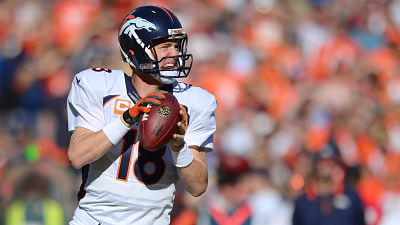 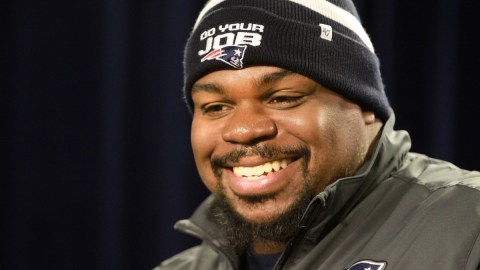 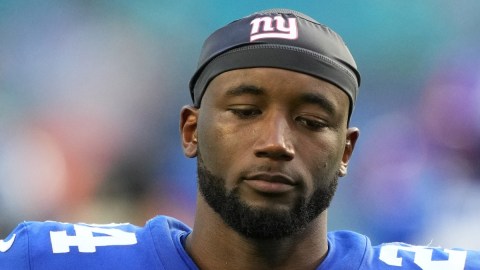