Richard Sherman got a little ahead of himself at the Super Bowl, and New England Patriots fans aren’t about to let him live it down.

The cornerback was feeling very good about his team’s chances Sunday night when the Seattle Seahawks took a 10-point lead into the fourth quarter. Those good feelings eventually turned into sheer horror and despair, though, as the Patriots rallied to win, with Sherman’s heart breaking in half as he watched Malcolm Butler’s game-clinching interception.

At the Patriots’ Super Bowl parade Wednesday, Sherman was the object of scorn for plenty of New England fans who made the trip.

One of the more popular signs played off Sherman’s taunting toward the camera when the Seahawks pushed their lead to 10. Sherman mimed the numbers two and four toward the camera, and, well, that came back to bite him.

Another fan just went with a side-by-side comparison of Sherman and Patriots quarterback Tom Brady, which pretty much gets the job done.

Then there was this guy, who apparently dislikes both Sherman and yoga pants. 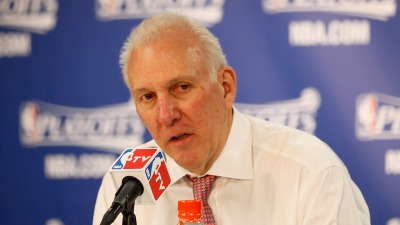 Spurs Head Coach Gregg Popovich: I’m Not The Marshawn Lynch Of The NBA 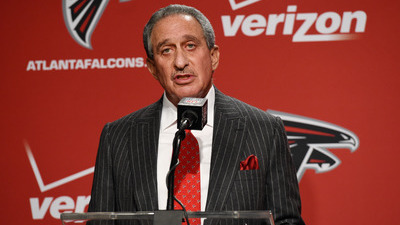