Raheem Sterling and Philippe Coutinho booked Liverpool’s place in the fifth round of the FA Cup in unforgettable fashion Wednesday.

Sterling and Coutinho scored two of Liverpool’s best goals of the 2014-15 season in the Reds’ 2-1 win over Bolton Wanderers in the fourth round of the FA Cup. The Liverpool attacking dynamos bagged their goals just five minutes apart, sealing a famous comeback win and making it impossible to digest them independently.

Liverpool was trailing 1-0 in the 86th minute when Sterling scored the game-tying goal. Emre Can played a delicate pass to Sterling, who out-raced Liam Trotter and volleyed his shot past goalkeeper Andy Lonergan.

Liverpool fans still were purring over Sterling’s goal when Coutinho finished the job with a superb, long-range strike in the first minute of stoppage time. The Brazilian curled his shot around Trotter’s out-stretched leg off the crossbar and into the goal.

The goals sent Liverpool into ecstasy and were just rewards for the goal-scoring duo’s persistence. Lonergan made fine saves on Sterling’s shots in the 14th and 53rd minutes. Sterling also hit the post in the 31st minute. Coutinho shot wide of Bolton’s goal in the 12th and 45th minutes before finally hitting the target in the closing stages of the game.

Sterling’s goal was his ninth in 34 games this season. The 20-year-old is enjoying an impressive goal-scoring run.

Coutinho, who signed a new, long-term contract Tuesday, celebrated his third goal of the season. 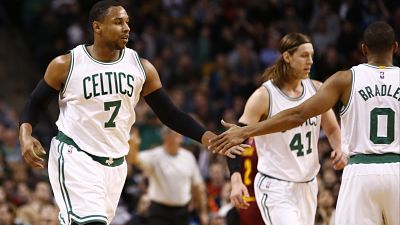