Rick Nash strengthened his case for the Hart Trophy on Wednesday night.

The veteran forward gave an excellent performance for the New York Rangers in a 3-2 win over the Boston Bruins at Madison Square Garden.

Nash scored the first goal of the game on a breakaway at the 5:50 mark of the opening period. The goal was Nash’s 32nd of the season, which moved him ahead of Washington Capitals captain Alexander Ovechkin into first place among all NHL players. He also leads the league with 24 even-strength goals and four short-handed goals.

Nash also picked up an assist on Derek Stepan’s second-period goal that gave the Blueshirts a 3-2 lead, giving him 13 multi-point games this season. He entered Wednesday’s matchup with only one goal in 12 games (regular season and playoffs included) against the Bruins since joining the Rangers prior to the 2012-13 campaign.

Nash is playing the best hockey of his career for the Rangers and is on pace for his first 50-goal season as an NHLer. In addition to his scoring production, the former No. 1 overall draft pick also is playing very well defensively and has become an important part of a New York penalty kill that ranks 13th with an 82.2 percent success rate.

One specific improvement in Nash’s game from the last two seasons is his willingness to skate down the slot and win puck battles in the dirty areas. He’s not as much of a perimeter player as he was early in his Rangers career. Nash is playing the heavy, power-forward style of hockey that made him so effective early in his career.

But regardless of what Nash does in the regular season, he’s reached the point in his career where postseason success, or a lack thereof, will be the sole factor in determining whether his 2014-15 campaign was a failure or not.

Nash has just five goals in 41 career playoff games. He scored only three times in 25 postseason games last year and failed to find the back of the net in the Rangers’ five-game Stanley Cup Final loss to the Los Angeles Kings.

The Rangers appear headed for another playoff run and Nash must lead the way offensively for the Original Six franchise to return to the Cup Final. 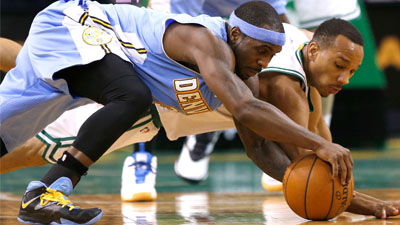