The Seattle Seahawks were fortunate to keep possession after the New England Patriots’ first drive of Super Bowl XLIX on Sunday night.

The officials made an incorrect ruling on Ryan Allen’s first punt as the Seattle Seahawks’ Jeron Johnson made contact with the Patriots punter after the ball was kicked.

The correct call would have been roughing the kicker — a 15-yard penalty with an automatic first down — because the contact involved Allen’s plant leg, but referee Bill Vinovich instead called running into the kicker.

The 5-yard penalty wasn’t enough for a first down because the down and distance before the play was fourth-and-6. The Patriots were able to force a three-and-out on the ensuing Seahawks possession, though.

Aaron Hernandez’s Murder Trial Delayed Until Tuesday Due To Snowstorm 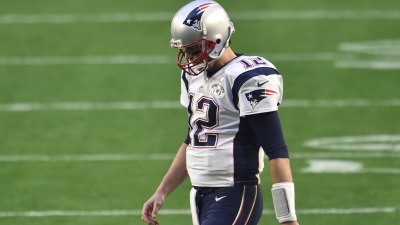