Larry Fitzgerald is in position to end his career right where it started.

Arizona Cardinals general manager Steve Keim announced Wednesday at the NFL Scouting Combine that the team and wide receiver have come to terms on what’s “essentially” a two-year contract.

Fitzgerald was already under contract for the 2015 season, but he was owed $16 million and carried a $23 million salary cap hit. The new deal restructures what’s now the first year of the contract. According to ESPN.com, the wideout will now receive $22 million over the next two seasons.

The Cardinals could have released or traded Fitzgerald to clear some cap room, but they said publicly for some time they would like the the 31-year-old to end his career in the desert. Ultimately, Fitzgerald might have to end up settling for a paycut.

Fitzgerald was drafted by the Cardinals with the No. 3 overall pick in the 2004 NFL draft. Since then, he’s become one of the most decorated receivers in NFL history with eight Pro Bowl appearances and one first-team All-Pro selection. He battled injuries at times in 2014 — not to mention the Cardinals’ quarterback musical chairs — but still managed to pull in 63 catches for 784 yards and a couple of touchdowns. 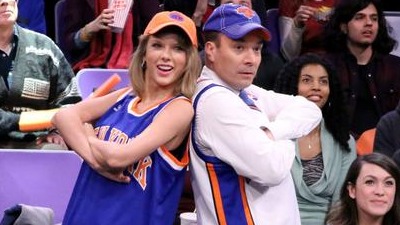