There’s no other way around it. Boston sports fans are the luckiest on the face of the Earth.

The New England Patriots capped off their magical season Wednesday with a raucous parade down Boylston and Tremont Streets to celebrate their Super Bowl XLIX victory.

In any other city, the Patriots’ parade would have been a historic, once-in-a-lifetime moment. For one young fan, though, was just another day in the life.

There are plenty of fans who go an entire lifetime without seeing their team win a championship. The city of Cleveland, for example, hasn’t seen its team hoist the hardware since 1964. This lucky kid has seen his teams win nine. And he’s 13 years old.

This isn’t the first appearance for Sign Kid, as he’s popped up at several other parades, including the Red Sox’s celebration of their 2013 World Series win.

If Boston keeps this up, though, he’s going to need a bigger sign. 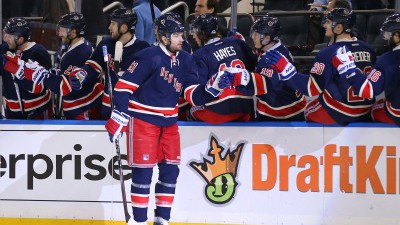