Patriots fever has hit the runway.

Tommy Hilfiger took a sporty route during his recent show at New York Fashion Week, paying homage to the Super Bowl XLIX champs in the process. The models strutted Hilfiger’s fall 2015 collection on a runway that resembled a football stadium, complete with a Jumbotron, bleachers and even a scoreboard.

But the designer saved his best touch for last. After the models did their thing, Hilfiger took a victory lap while carrying a Patriots helmet.

According to Women’s Wear Daily, Patriots owner Robert Kraft actually was in attendance, which could have explained the nice nod to New England. But it’s looking more and more likely that Hilfiger simply is a big fan of Tom Brady and Co., as evidenced by a tweet he sent out after the Patriots defeated the Seattle Seahawks.

It’s clearly only a matter of time before Brady rocks the runway for Tommy. 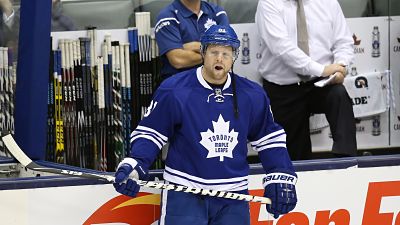