Seguin did not participate in Dallas’ morning skate because he’s battling the flu. He is a game-time decision, per the team.

“There’s three guys that are fighting a bit of the flu and Tyler’s one of them,” Ruff said. “We got a couple of other guys who skated who are fighting it, even our play-by-play guy is down and out. That’s when you know it’s really hitting you hard.

Ruff said that Stars captain Jamie Benn could slide from left wing to center on the first line if Seguin doesn’t play. Veteran center Shawn Horcoff also could skate in that spot if needed.

Seguin is in a three-way tie with Chicago Blackhawks winger Patrick Kane and Philadelphia Flyers winger Jakub Voracek for the NHL lead in scoring with 59 points. 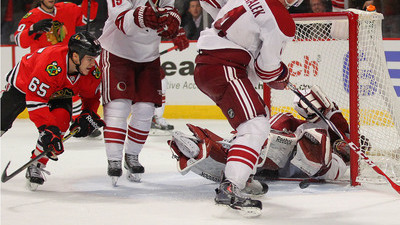