Yoan Moncada Could Be The Next Robinson Cano, Says NL Talent Evaluator - NESN.com Skip to content

The hype train officially has left the station.

Yoan Moncada finally is free to sign with any Major League Baseball team. The Cuban prospect has drawn rave reviews to this point, with one National League talent evaluator telling The Boston Globe’s Nick Cafardo he sees some similarities between Moncada and a couple of big league All-Stars.

“He could be the next Robinson Cano/Chase Utley, but more Cano,” the evaluator said. “That’s the kind of potential bat we’re talking about.”

Moncada is considered a five-tool player. Plus, he doesn’t turn 20 until May, meaning his skills still are developing. Whichever team signs the talented infielder will be taking a risk given the magnitude of the expected financial investment and his status as an unknown quantity, but he clearly has plenty of upside. If the comparisons are accurate, Moncada might soon be one of the league’s top talents.

“He may be better than (Yasiel) Puig or (Jose) Abreu or (Yoenis) Cespedes or (Jorge) Soler,” one National League general manager told Cafardo. “Certainly there’s more upside, and the fact he’s a middle infielder who can hit for average and power makes him a much sought-after commodity. There isn’t anyone who compares to him in the draft or a player of his age around the league. He’s got every tool.”

Moncada is subject to international signing guidelines because he’s not yet 23 years old and did not play in a Cuban professional league for five seasons before becoming a free agent. 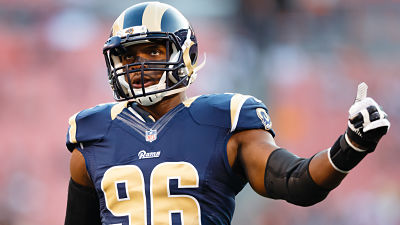