The 2015 NFL draft is exactly one month away, and the first round is beginning to take shape.

It appears the Tampa Bay Buccaneers and Tennessee Titans each will take a quarterback, which should leave the best defensive player in the draft for the Jacksonville Jaguars at No. 3 overall.

The New England Patriots should have plenty of options at No. 32 overall — if they choose not to trade up or down in the draft — but defensive tackle might be their biggest need.

Check out NESN.com’s third mock draft of the offseason:

1. Tampa Bay Buccaneers: Jameis Winston, quarterback, Florida State
The Bucs badly need a quarterback, and Winston is the best one in this year’s draft. His off-field issues and so-so 2014 season preclude this from being a no-brainer pick, however.

2. Tennessee Titans: Marcus Mariota, quarterback, Oregon
Titans head coach Ken Whisenhunt is high on Mariota, and while that could be a smokescreen, Zach Mettenberger didn’t show much in 2014 to prove he could be the team’s future franchise quarterback.

3. Jacksonville Jaguars: Leonard Williams, defensive lineman, USC
The Jaguars signed Jared Odrick in free agency, but they still should add Williams, who could wind up being one of the best players in this draft. Williams can play in any defensive scheme, and he’s disruptive as a pass rusher and a run defender.

4. Oakland Raiders: Amari Cooper, wide receiver, Alabama
The Raiders need a top-tier receiver to pair with quarterback Derek Carr. Debates will rage until draft day whether Cooper or Kevin White is the better receiver, but the Alabama product fits Carr’s skill set better with his ability over the middle.

5. Washington Redskins: Dante Fowler, edge rusher, Florida
With Brian Orakpo gone, the Redskins could use another versatile pass rusher. Fowler has been compared to Terrell Suggs, because he can play standing up and on the line, and he can rush the passer, cover and defend the run.

6. New York Jets: Vic Beasley, edge rusher, Clemson
The Jets need some youth injected into their pass rush, and Beasley is a versatile option who fits their 3-4 scheme well. With no quarterback worthy of this pick, the Jets can continue to improve their defense.

7. Chicago Bears: Danny Shelton, defensive tackle, Washington
Stephen Paea is gone, and the Bears need a prototypical nose tackle. Shelton is 339 pounds and better as a pass rusher than most men his size.

8. Atlanta Falcons: Kevin White, wide receiver, West Virginia
White’s value might be too good for the Falcons to pass up here. Roddy White is getting up there in age, and Kevin White is by far the best player available in this spot.

10. St. Louis Rams: DeVante Parker, wide receiver, Louisville
The Rams need to keep investing in improving their offense. Their No. 1 receiver last season was Kenny Britt, which is telling. Parker is big and fast.

11. Minnesota Vikings: Trae Waynes, cornerback, Michigan State
Xavier Rhodes emerged as a starter last season, but the Vikings could use another young cornerback to improve their secondary. Waynes has the size and speed to be the first defensive back off the board.

12. Cleveland Browns: Malcom Brown, defensive tackle, Texas
The Browns locked up John Hughes, and they’re bringing back Phil Taylor, but they could use some more youth on their defensive line. Brown can stuff the run at nose tackle or get after the passer as an interior rusher.

13. New Orleans Saints: Randy Gregory, edge rusher, Nebraska
Gregory admitted to failing his combine drug test, which could drop him from the top 10 because it increases his chances of seeing a suspension during his NFL career, since he will start in Step 1 of the league’s drug program. Gregory has elite athleticism and the ability to rush the passer or drop back in coverage.

14. Miami Dolphins: Marcus Peters, cornerback, Washington
Peters was booted from the Huskies’ program for fighting with coaches, but the Dolphins need another starting cornerback to pair with Brent Grimes. Peters is physical and was rarely beat during his college career.

15. San Francisco 49ers: Arik Armstead, defensive lineman, Oregon
Justin Smith and Ray McDonald are gone, and the 49ers need to fill their void at defensive end. Armstead has the size and skills to step in at five-technique defensive end.

16. Houston Texans: Jalen Collins, cornerback, LSU
Johnathan Joseph is a free agent after the season, and cornerbacks with Collins’ size and athleticism are rare.

17. San Diego Chargers: Shane Ray, edge rusher, Missouri
Ray’s lack of agility could scare some teams after he ran a 7.70-second 3-cone drill but not enough to drop him out of the top 20. The Chargers could use more pass-rush help.

18. Kansas City Chiefs: Andrus Peat, offensive lineman, Stanford
The Chiefs need help at both offensive tackle and guard, and Peat has the potential to play both.

19. Cleveland Browns (from Buffalo Bills): Jaelen Strong, wide receiver, Arizona State
Strong has the potential to be a Josh Gordon-esque playmaker. With the star receiver suspended for the season, the Browns certainly need another big field-stretcher.

21. Cincinnati Bengals: Bud Dupree, edge rusher, Kentucky
Dupree is a versatile defender who could slot into a few needs on the Bengals’ defense. He can play linebacker on early downs and slide down to rush the passer on third down.

22. Pittsburgh Steelers: Kevin Johnson, cornerback, Wake Forest
The Steelers desperately need youth at cornerback, and Johnson provides a big, athletic option who can get physical in man or zone schemes.

23. Detroit Lions: Todd Gurley, running back, Georgia
Joique Bell is fine, but Gurley has the upside to be special at running back. If the Lions believe Gurley can fully recover from a torn ACL, he’s a potential steal here.

24. Arizona Cardinals: Melvin Gordon, running back, Wisconsin
Andre Ellington didn’t get the job done for the Cardinals at running back last season, so we could see this position drafted back to back.

25. Carolina Panthers: D.J. Humphries, offensive tackle, Florida
The Panthers did their best to boost their offensive line this offseason by acquiring Michael Oher and Jonathan Martin, but Humphries has the potential to be a franchise left tackle.

26. Baltimore Ravens: Dorial Green-Beckham, wide receiver, Oklahoma
The Ravens need to find Joe Flacco a big outside target, and Green-Beckham could wind up being the best receiver in the draft. His off-field issues should push him down to the bottom of the first round.

27. Dallas Cowboys: Eddie Goldman, defensive tackle, Florida State
Goldman has the strength to take on two blockers against the run, and he showed potential as an interior disruptor. The Cowboys need defensive line help.

28. Denver Broncos: La’el Collins, offensive lineman, LSU
Collins has the upside to play right tackle or guard, and the Broncos need both.

29. Indianapolis Colts: Denzel Perryman, linebacker, Miami
The Colts need to add youth in their front seven. Perryman is undersized, but he’s the draft’s top inside linebacker.

31. New Orleans Saints (from Seattle Seahawks): Devin Smith, wide receiver, Ohio State
The Saints didn’t need offensive weapons, but then they traded tight end Jimmy Graham and wide receiver Kenny Stills. Smith would provide a down-field threat to combine with Brandin Cooks and Marques Colston, both of whom do their best work over the middle.

32. New England Patriots: Grady Jarrett, defensive tackle, Clemson
A source says the Patriots are high on the undersized defensive tackle, who could fit into Vince Wilfork’s old nose tackle role in New England’s four-man front. Jarrett is an incredible athlete who could do damage playing next to Dominique Easley for years to come. 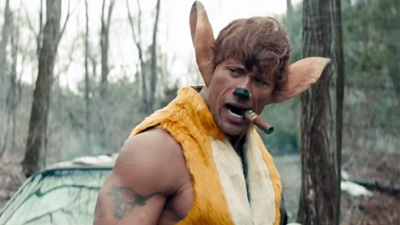 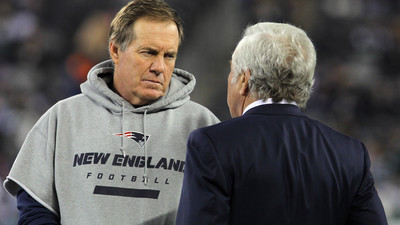