The price is wrong, yet again.

Adam Sandler and Bob Barker recently teamed up for the first time since their memorable scene in the 1996 comedy “Happy Gilmore,” and the results were predictably hilarious. Sandler and Barker are featured in “Night of Too Many Stars,” an upcoming Comedy Central special aimed to raise money for autism awareness.

In the show, Sandler and Barker create the second chapter to their rivalry, which began on a golf course in “Happy Gilmore.” The two came to blows in one of the movie’s funniest scenes, with Barker getting the last laugh.

See the scene below, but be warned there is some colorful language.

Now, Sandler, again wearing a Boston Bruins jersey, is back for revenge.

The “Night of Too Many Stars” skit even ends up playing out just like the fight scene in the movie.

The full clip — which has some bad language and potentially offensive jokes — can be seen here.

H/t to USA TODAY’s For The Win

Tom Brady, Rory McIlroy To Play Round At Augusta National Together 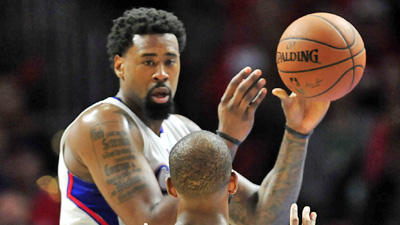