Of course, it often takes a little luck and several years of poor on-ice results to stockpile enough high draft picks to go through a proper rebuild. But going the draft route is often smarter than trying to build a contender by hitting home runs on July 1, when free agency begins.

The Anaheim Ducks, who are in Boston for Thursday’s game against the Bruins, are one of the better examples of a team that’s set up for success right now and long-term because of quality drafting.

One of the quickest ways to build a winner, obviously, is making the most of your first-round picks, and Anaheim has enjoyed plenty of success in this regard. Here’s a look at all of its first-round selections since 2003.

The Ducks have selected a few franchise cornerstones in Round 1, including Ryan Getzlaf and Corey Perry, as well as good young building blocks in Hampus Lindholm, Cam Fowler and Rickard Rakell in recent drafts.

Bobby Ryan also was an excellent selection, and his emergence into a 30-goal scorer helped Ducks general manager Bob Murray acquire a skilled winger in Jakob Silfverberg and a 2014 first-round pick (10th overall) in a trade with the Ottawa Senators after the 2012-13 campaign. The extra first-round pick made the Ducks’ own 2014 first-round selection (No. 24 overall) expendable, and they used it as part of the trade package for top-six center Ryan Kesler in a deal with the Vancouver Canucks.

Building success through the draft is much more than selecting franchise cornerstones and star players in Round 1, though.

The salary cap requires teams to draft well if they are going to remain as Stanley Cup contenders over a long period of time, because veterans need to be surrounded by young players on entry-level contracts who can provide much-needed depth.

Veterans eventually become too expensive, and teams that are able to replace them with NHL-ready prospects keep winning. The Chicago Blackhawks lost many veterans from their 2010 Stanley Cup-winning roster because of salary cap restrictions, but they quickly became an elite team again with a few strong drafts that produced Brandon Saad and Andrew Shaw.

Mid-level cap teams who don’t always spend to the ceiling, such as the Ducks, heavily rely on quality drafting. Anaheim has found several NHLers in later rounds since the 2004-05 lockout. Here are some of the notable picks:

A lot of the players selected in the later rounds have become much more than just “depth” guys for Anaheim. For example, Sami Vatanen is on pace for a 40-plus point season and is a huge threat on the power play. John Gibson and Frederik Andersen are two of the most talented young netminders in the world, and Kevin Roy has good potential as a skilled forward.

The Ducks won a Stanley Cup in 2007 with a roster featuring many superstar players who weren’t drafted by the team, including Scott Niedermayer and Chris Pronger. Anaheim is set up to compete for more championships over the next five years, and one of the main reasons why is a foundation of talent built with homegrown players. 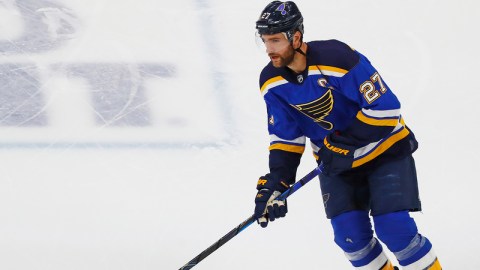