BOSTON — Tyler Zeller made sure an otherwise uneventful Celtics game Wednesday had an exciting finish, hitting a layup as time expired to lead Boston past the Utah Jazz 85-84.

Much more goes into a game-winning shot than just the shot itself, however. After the game, Zeller and his teammates gave an in-depth look at how the big man’s bucket came to be.

THE PRECURSOR
Zeller’s last-second heroics only were needed after Jazz forward Gordon Hayward, a disciple of Celtics coach Brad Stevens from their days at Butler, nailed this shot over Zeller to put Utah up 84-83 with 1.7 seconds to play:

?Hayward made a big shot,” point guard Isaiah Thomas, who scored 10 of the Celtics’ 24 fourth-quarter points, said after the game. “A big-time shot.?

THE AUDIBLE
After Hayward’s bucket, Stevens called timeout and drew up a play designed to have forward Jae Crowder take the final shot. Utah responded by positioning 7-foot-2 center Rudy Gobert on Boston’s inbounds passer, 6-foot-6 point guard Marcus Smart, and Smart, not liking what he saw, signaled for another stoppage, narrowly avoiding a five-second violation.

?I knew I had some time to spare, but I didn?t want to take any chances,” the rookie said. “The play was dead, so I might as well call timeout. We had two.?

THE PASS
In the second timeout, Stevens switched things up. This time, Smart was instructed to look for center Tyler Zeller under the basket. The Jazz’s decision to take Gobert, a shot-blocking monster, away from the paint freed up some room for Zeller, but Smart still faced the difficult task of getting the ball past the young big man’s 7-foot-9 wingspan.

He managed to do just that, and Zeller corralled his lob with one hand.

?Man, it was tough,” Smart said. “They played a taller defender on the ball, and I had to pass-fake the ball to get him leaning one way. Tyler did a great job shoving his man off, and I just put it at the back of the backboard.”

THE SPIN AND FINISH
Once the ball landed in his hands, Zeller had to contend with Hayward and Jazz guard Rodney Hood, who were positioned under the hoop, as well as Gobert, who came streaking over from the sideline. Big men aren’t typically considered the nimblest guys in the world, but Zeller was able to pirouette his way around Hayward and Hood and lay the ball in moments before Gobert arrived.

Zeller said afterward that he was “about 90 percent” sure he had beaten the buzzer. He had. Ballgame.

“I was a little nervous,” he said. “But at the same time, I just tried to get it up as quick as possible, and I was able to get it off in time.”

?Coach set up a great play,” Thomas added. “It was a great pass and an even better finish. I?m just happy we won. … Things probably slowed down for him somehow. He got it, and concentrated and got it in.”

THE CELEBRATION
It was the soft-spoken center’s first NBA game-winner, but while his teammates rushed toward him, Zeller celebrated the win with a simple, understated fist pump. ?I can?t do that,” forward Jae Crowder said with a smile. “I?m much more energized. I maybe would have started screaming or something, but that?s just TZ. He just stays within himself and just within the moment.?

“With some guys you might be concerned about them hitting a last-second shot and how they?re going to react the next game,” Stevens added. “I?m not concerned with him.?

THE X-FACTOR
The unsung hero of those final moments? That would be seldom-used Celtics newcomer Luigi Datome.

?Actually, Gigi walked up to me right before and said, ?You?ve got time for one shot fake,? ” Zeller said. “And that?s exactly what happened. I got the ball, saw Gordon flying in, so I shot-faked and just got the ball up. Thankfully, I was able to get it up to the rim and be able to make it.”

Gigi, you the real MVP. 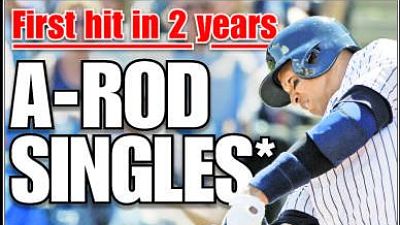