The Red Sox formally introduced Moncada at a press conference Friday at JetBlue Park in Fort Myers, Fla., and it?s obvious the organization has high expectations for the Cuban prospect, who officially signed a minor league contract with Boston on Thursday.

?We believe he?s certainly one of the few most talented 19-year-olds in the world,? Cherington said. ?He?s got a really unique combination of skills, a great athlete, speed, switch-hitter with power from both sides of the plate, defensive skills, the athletic ability to play multiple positions if he had to, a natural second baseman.

?So, as I said, he?s going to enter into our minor league system, and like everyone else, there?s still development to do and he?s a developing baseball player. But he?s an exceptionally talented one.?

Moncada was a highly sought after commodity upon defecting from Cuba. He?s considered a five-tool talent with superstar potential, and the Red Sox successfully competed with the likes of the New York Yankees and Los Angeles Dodgers to obtain his services in free agency.

The Red Sox are taking a calculated risk in signing Moncada, who expressed gratitude Friday while also showing a clear desire to get to work. Moncada, who turns 20 in May, essentially is a prospect despite Boston committing $63 million to land the infielder — $31.5 million signing bonus plus a 100 percent tax to Major League Baseball — and the Red Sox thus are relying heavily on their scouting and development.

?Obviously, given the circumstances surrounding the signing and the investment, we believe he can be a very good major league player for a long time and we?re committed to helping him get there in the right way,? Cherington said.

Moncada will report to minor league camp and is expected to begin his Red Sox tenure at Single-A Greenville, though an extended spring training stint is likely as he shakes off any rust. He?ll start off at second base — his natural position and the position at which he?s most comfortable — and ?probably? will stick there for most, if not all, of 2015, according to Cherington.

The Red Sox didn?t sign Moncada because of any glaring need on their major league roster, though. His skill set and high ceiling simply were too good to pass up, and Boston will figure out how to properly assimilate him into its big league plans at the appropriate time.

?As we all know, until a player is ready to help us win games at the major league level, the question of position is less relevant,? Cherington said. ?We know Yoan has played more second base than anywhere else and that?s a position he?s more comfortable in. Let?s let him go play for a while.

?It?s one of the many things that we appreciate about him, and a big part of the scouting process was just recognizing his athletic ability and defensive skills would allow him to play any number of positions on the field if he had to, if that?s what the major league team needed down the road to help win games. But we?ll get there when we get there. For right now, we just want to help him get started with his career.?

Red Sox international scouting director Eddie Romero, who played a huge role in the entire process, said Friday that Boston had scouts watching Moncada in international tournaments in Mexico as far back as 2010, with Romero?s first personal encounter coming during a tournament in Amsterdam in 2013. So this deal has been a long time coming and not without a significant amount of homework.

Moncada has all-world potential. The Red Sox are banking on him reaching it. 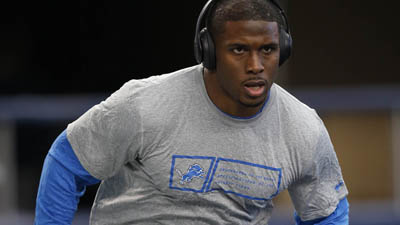