Brad Stevens Might Be One Of Best Young NBA Coaches Ever, Adam Silver Says - NESN.com Skip to content

Success coaching in the college ranks doesn’t alway translate at the NBA level. Boston Celtics fans who lived through the Rick Pitino era know that all too well.

Brad Stevens has impressed in his first two seasons in Boston, however, leading the Celtics to the brink of the playoffs despite a roster lacking even household names, never mind superstars.

The quick turnaround Stevens has engineered has caught the eye of NBA commissioner Adam Silver, who recently offered some very high praise of the former Butler coach in an interview with CSNNE’s Mike Gorman.

?My initial impressions are that he?s one of the best young coaches in the league ? there?s no doubt about it,” Silver said. “Maybe one of the best young coaches ever to come into this league. This league doesn?t easily take in outsiders sometimes, especially coming from the college ranks, and there?s some legendary failures of some Hall of Fame college coaches who?ve come in. I would say Brad has broken the mold from that standpoint.”

After winning 25 games in Stevens’ debut season, the Celtics entered Friday with a 31-40 record — good for eighth place in the Eastern Conference. 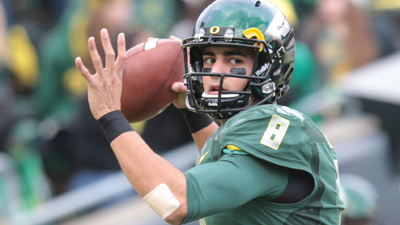