The Boston Celtics are a far better basketball team than they were at this point last year. But as Friday night’s performance showed, they’re still lightyears behind the cream of the NBA crop.

The defending champion San Antonio Spurs took the visiting Celtics to school, leading by double digits for all but six minutes in a 101-89 rout. It was another humbling loss for the C’s — who now have dropped two in a row after reeling off five consecutive wins — but one Brad Stevens hopes his troops can learn from.

Stevens called out his players for reading their press clippings after a 31-point loss to the Cleveland Cavaliers earlier this month — by far their worst game since the team was reconstructed at the trade deadline — but he appeared considerably more upbeat after this latest defeat.

Stevens hasn’t been shy about professing his adoration for Gregg Popovich and his Spurs team, and San Antonio gave the Celtics an up-close-and-personal look at what it does so well. The ball movement was masterful, the offense was balanced (all five Spurs starters scored in double figures; three had 15 or more), and Tim Duncan, the NBA’s third-oldest player, made a fanboy of Stevens by scuffling on the ground for a loose ball in the game’s opening minutes.

?There?s times where you wish you weren?t on the bench on the other team, because you just want to appreciate what just happened from a basketball purist?s standpoint,” said Stevens, who is six months younger than Duncan. “And a 38-year-old that?s maybe the best power forward ever to play the game dove on the ball in the first three minutes or four minutes of the game. Great tone for his team.”

The Spurs are a well-oiled machine Stevens strives to emulate, one that runs not on pure star power (though Duncan, Kawhi Leonard and Tony Parker certainly rank among the best at their respective positions) but rather on an entire roster’s ability to execute a system. San Antonio’s system is predicated on unselfishness, court vision and near-constant ball movement, which Stevens spent a sizable portion of his pregame news conference discussing.

?That?s a pretty good prediction, huh?” Stevens joked after the game. “I mean, that?s basically what it was. We did it for three and a half minutes (during a 16-0 run in the fourth quarter), and they did it for 48. But no, we don?t move the ball like them. We don?t. And hey, we?re different. We have different personnel, we?re a different team, blah, blah, blah.

“But we?re not as connected as we need to be, and that was proven when the going got toughest. And I hate to break it to you, but we?re chasing teams like this. And hopefully we can get there sooner rather than later. I can?t think of a better eye opener than to get hit the way we did.” 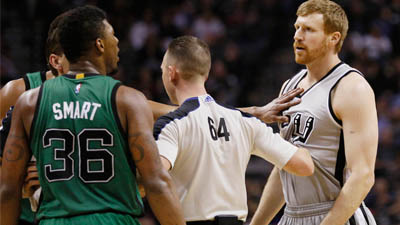 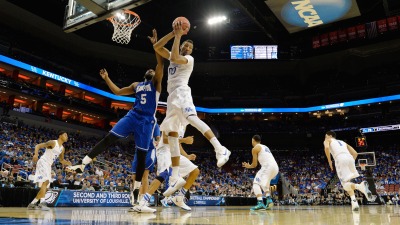